The Longest Day: in the saddle with Terry Crawford

At the end of June, a group of intrepid Club Peloton riders took on The Longest Day - riding from the east coast to the west coast of England - to raise funds for The 1500. Terry Crawford, Construction Director at Forcia, tells us about the ride, accompanied by images from Andy Matthews, Roach Matthews:

"How we have missed the Club Peloton bubble. Right from the beginning of the pandemic we have realised how important it is for us as a group. The feeling of effort that we know will lead us to exhaustion but also to pure exhilaration. Working together as a team to achieve our goals whilst also raising awareness and funds for our much loved charities. That’s what we missed.

The Longest Day was a celebration of what Club Peloton does best. Cycle some crazy distance together as an unbreakable team under the masterly organisation of the CP crew. 325km, equivalent to the longest days from the ride to Cannes, on the longest day, June 21st.

Twenty-five riders with support set off at the break of dawn from Shoeburyness in Essex. Our route took use due west through Southend-on-Sea and Basildon before hitting the suburbs of London in Upminster. The peloton whizzed through east London to our first stop at Chris Dyson Architects on Fashion Street.

There is nothing like eating food and doing our jobs under the watchful eye of Chris Clarke of Club Peloton. When he says go, we go. And off we went across the City of London and eventually out to the busy town of Ascot. It was pretty unique for one of these events to spend so much time in an urban setting. About 80km of the ride was within the built up setting of London and suburbs. What wasn’t unique, however, was the rain. It felt like it came non-stop from breakfast onwards. But that is one thing we are very used to from riding with Club Peloton over the years.

Leg 3 took us through the beautiful wet countryside of Berkshire. We passed Newbury and Greenham Common onto our lunch stop at Upper Green near Hungerford. I think the kind people of The Crown and Garter were a little shocked to see so many happy people who were also soaked to the bone. It seriously tests the resolve to head back out into the rain after seeing the beautiful fireplace with roaring flames. But, as always Mr Clarke has no time for creature comforts. On we rolled.

As you can imagine, there are times when the body questions what is going on. In the heavy rain and road churn, we experienced a fair few punctures during the day. But, what most of us know from before, and no doubt we all learned on the day, these setbacks will not break the spirit within the bubble. We all helped each other out and made sure that everyone achieved their goals for the day. We had quickly returned to the rhythm of taking each stage as it comes and pushed on to one of the big milestones of the day, the descent of the Cheddar Gorge.

One of the great things about riding in mid-June is the fact that you get to see everything in daylight. Everybody was inspired by the experience of traversing down through the snake-like roads in the gorge. It’s during these moments that we are proud of the efforts that take us to these places. And there is no greater feeling than seeing the prize of the Somerset coast in the distance. The peloton rode those last kilometres with a certain amount of muscle memory because our tanks were pretty empty. The rain had stopped and the sandy beach of Weston-super-Mare was resplendent as the sun got ready to set behind the summer clouds. This day was long overdue, but all good things come to those that wait.

For Will Monk RIP." 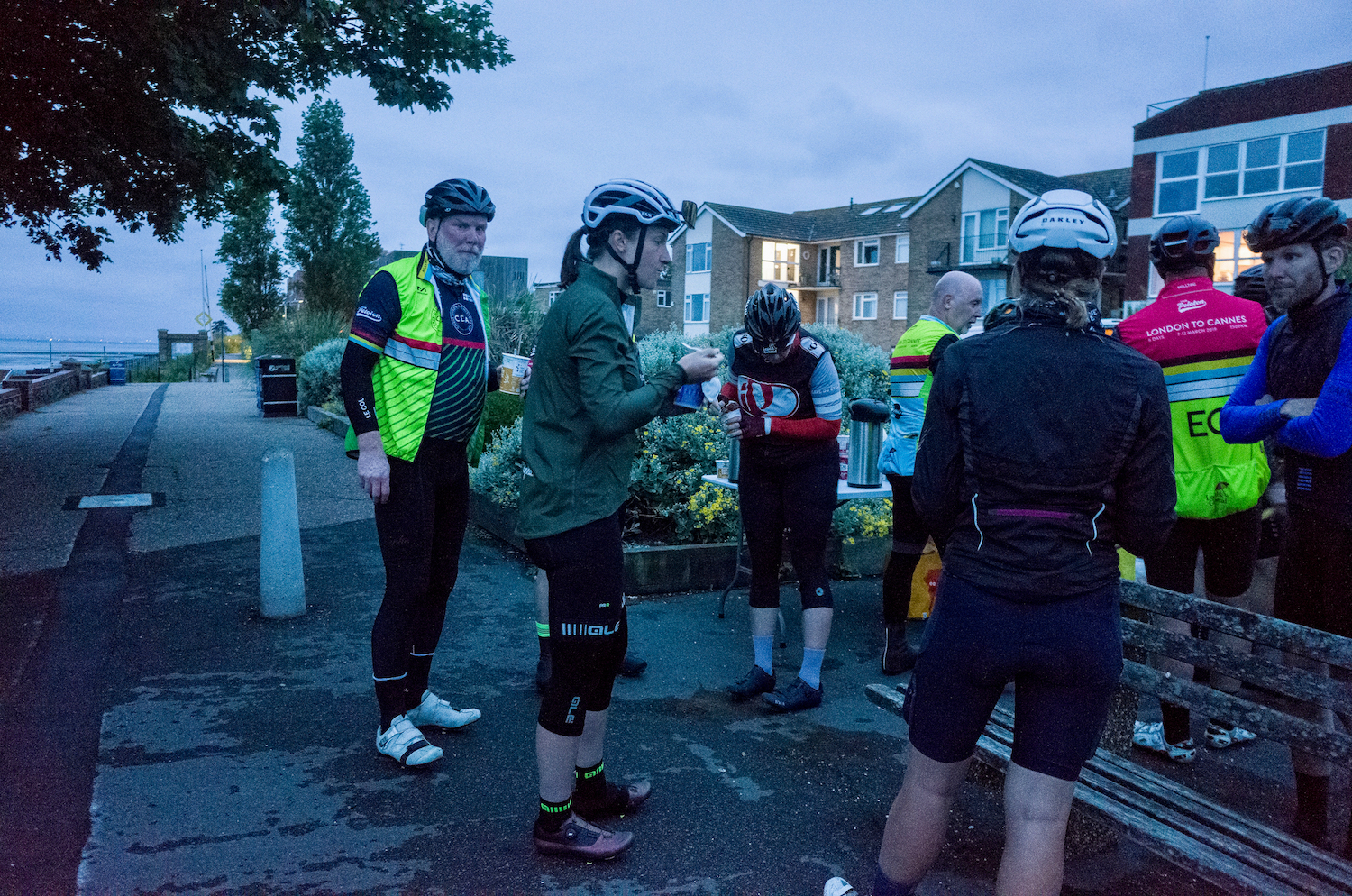 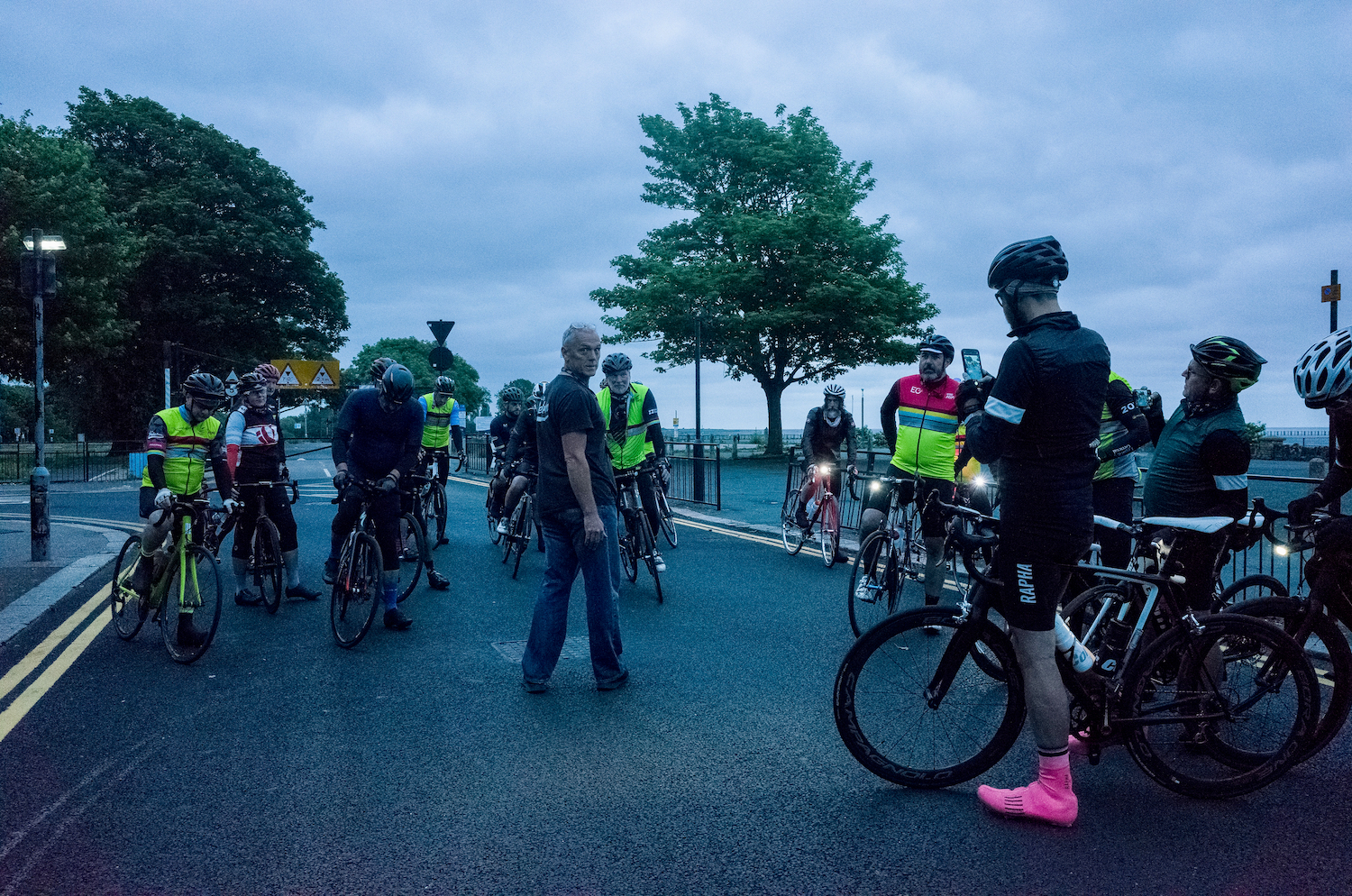 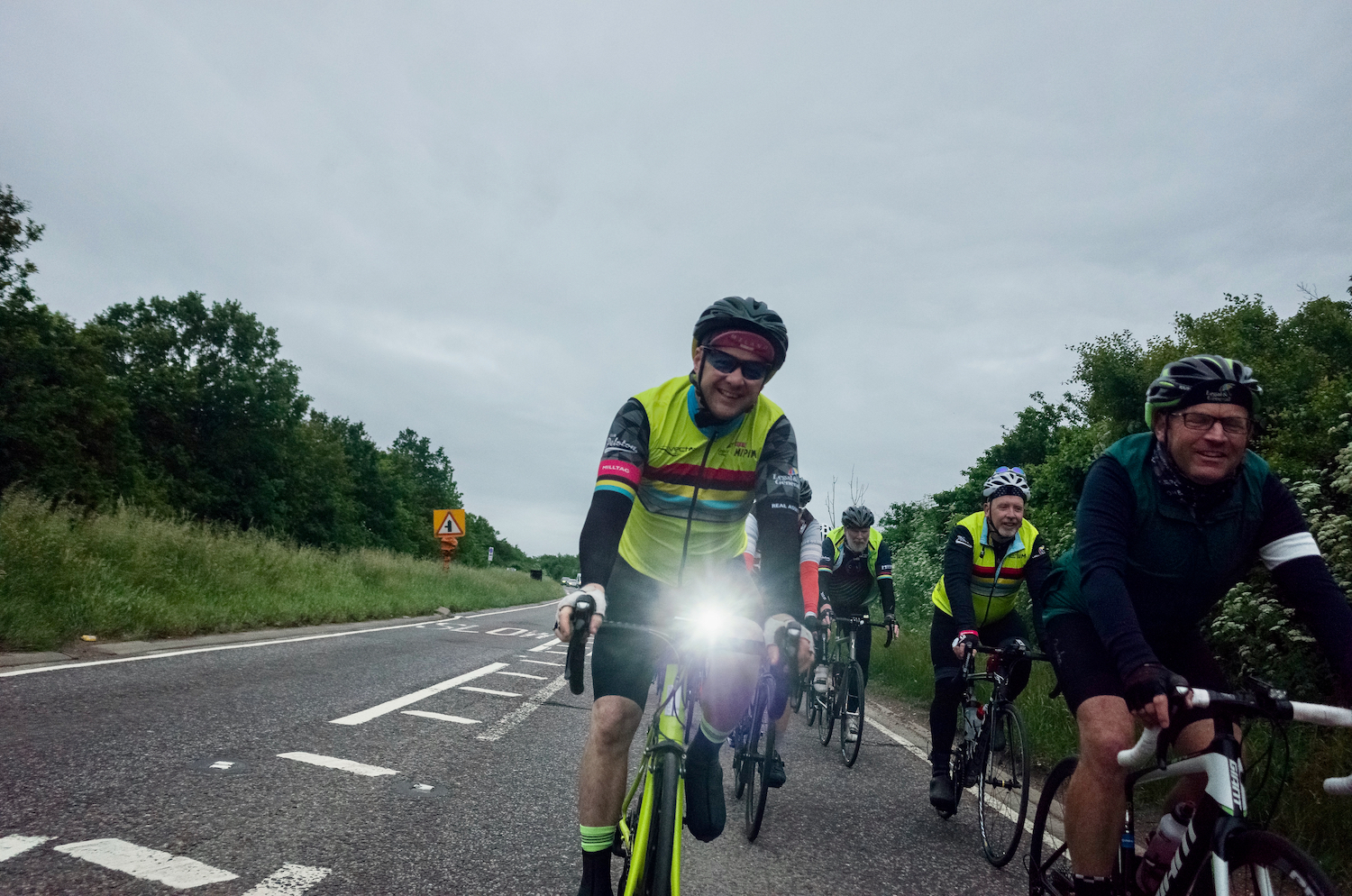 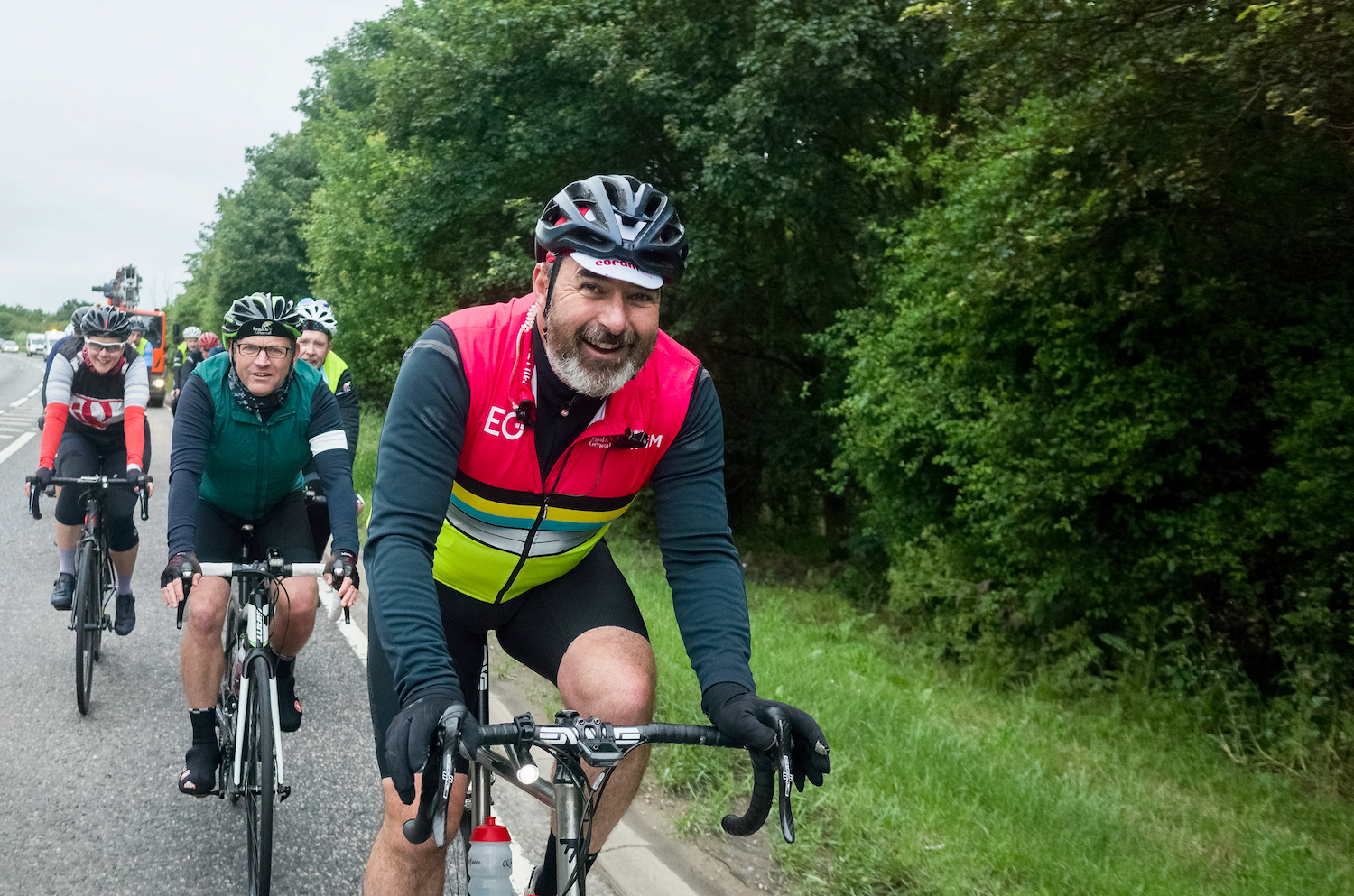 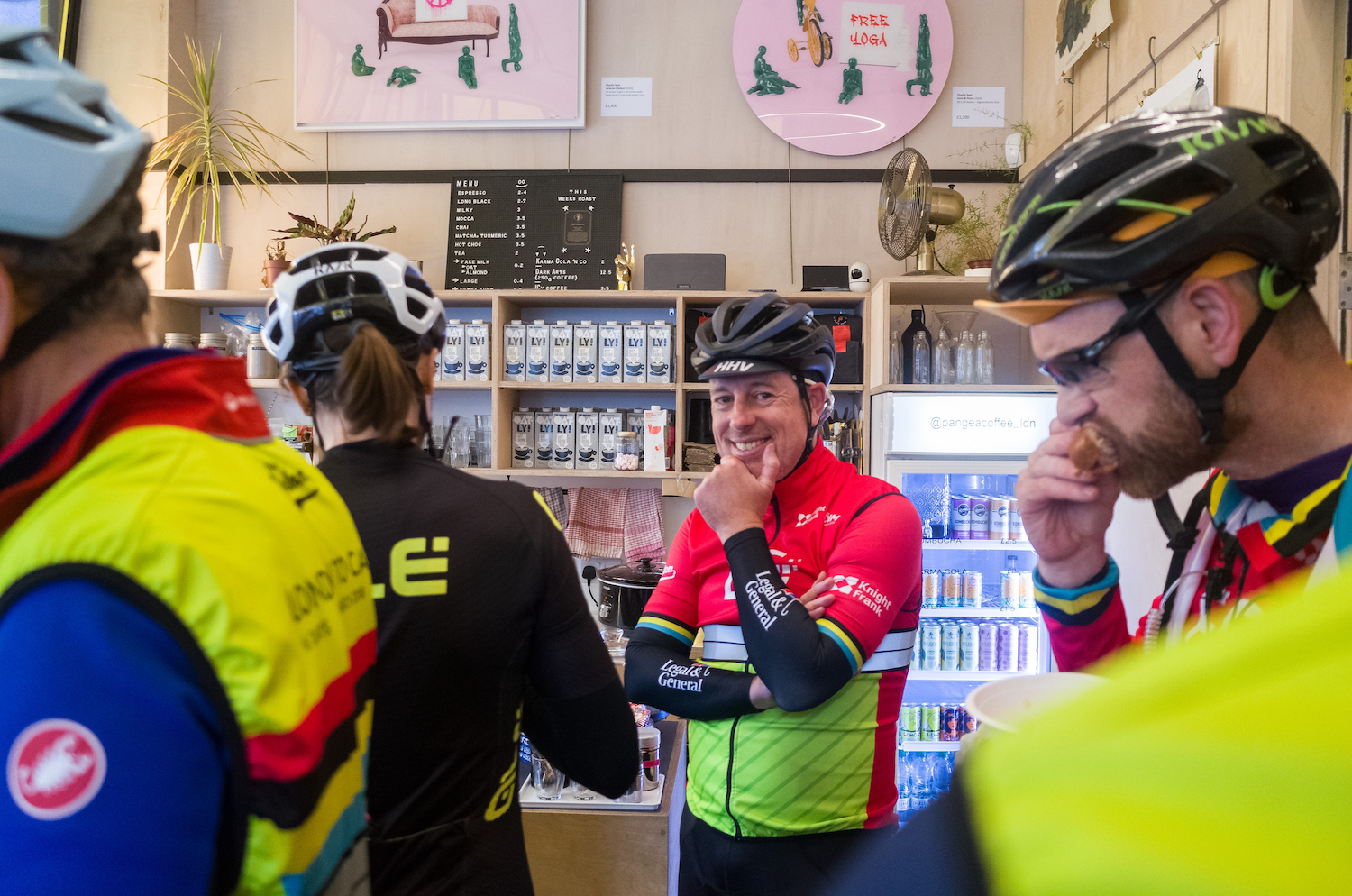 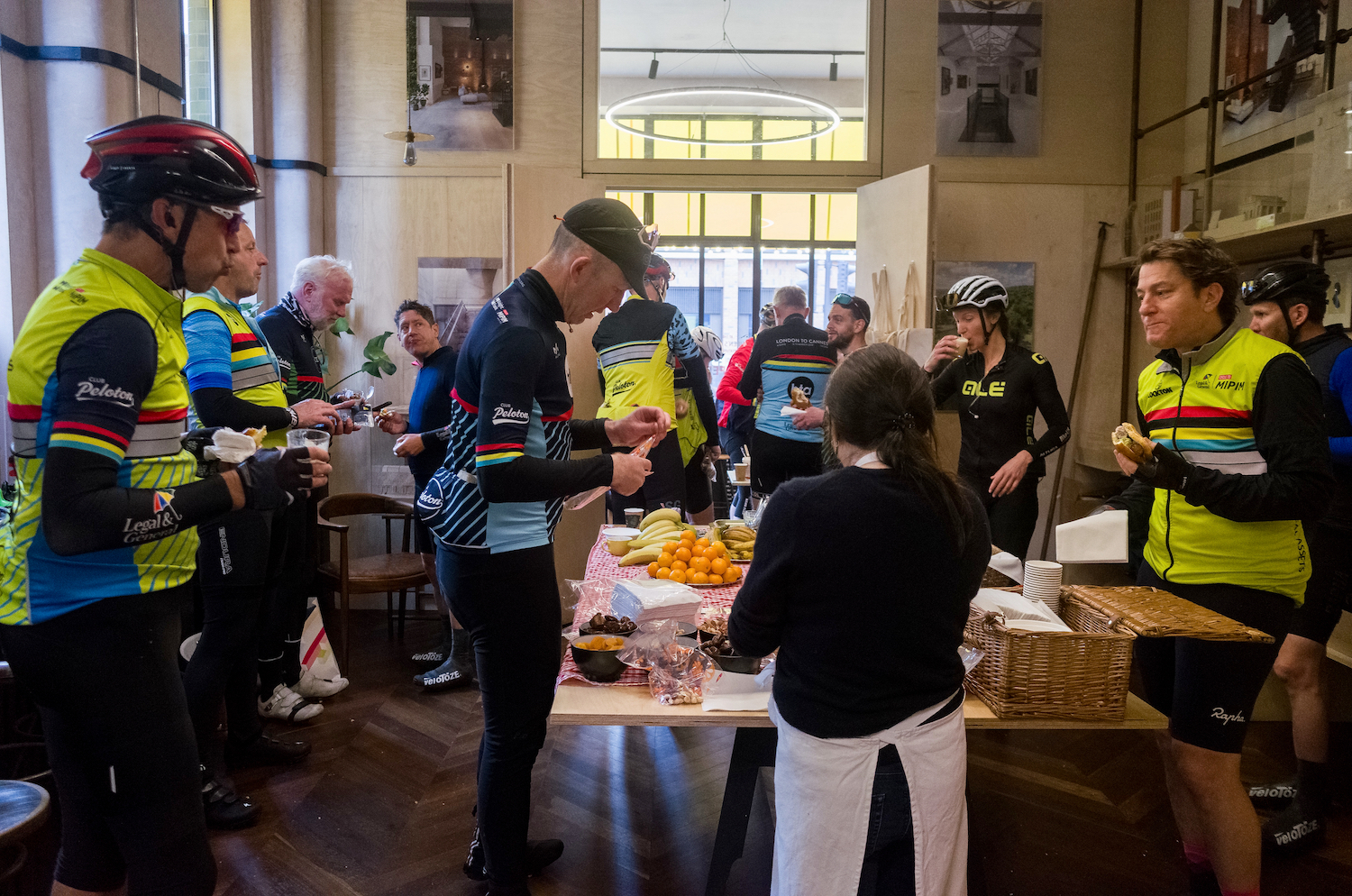 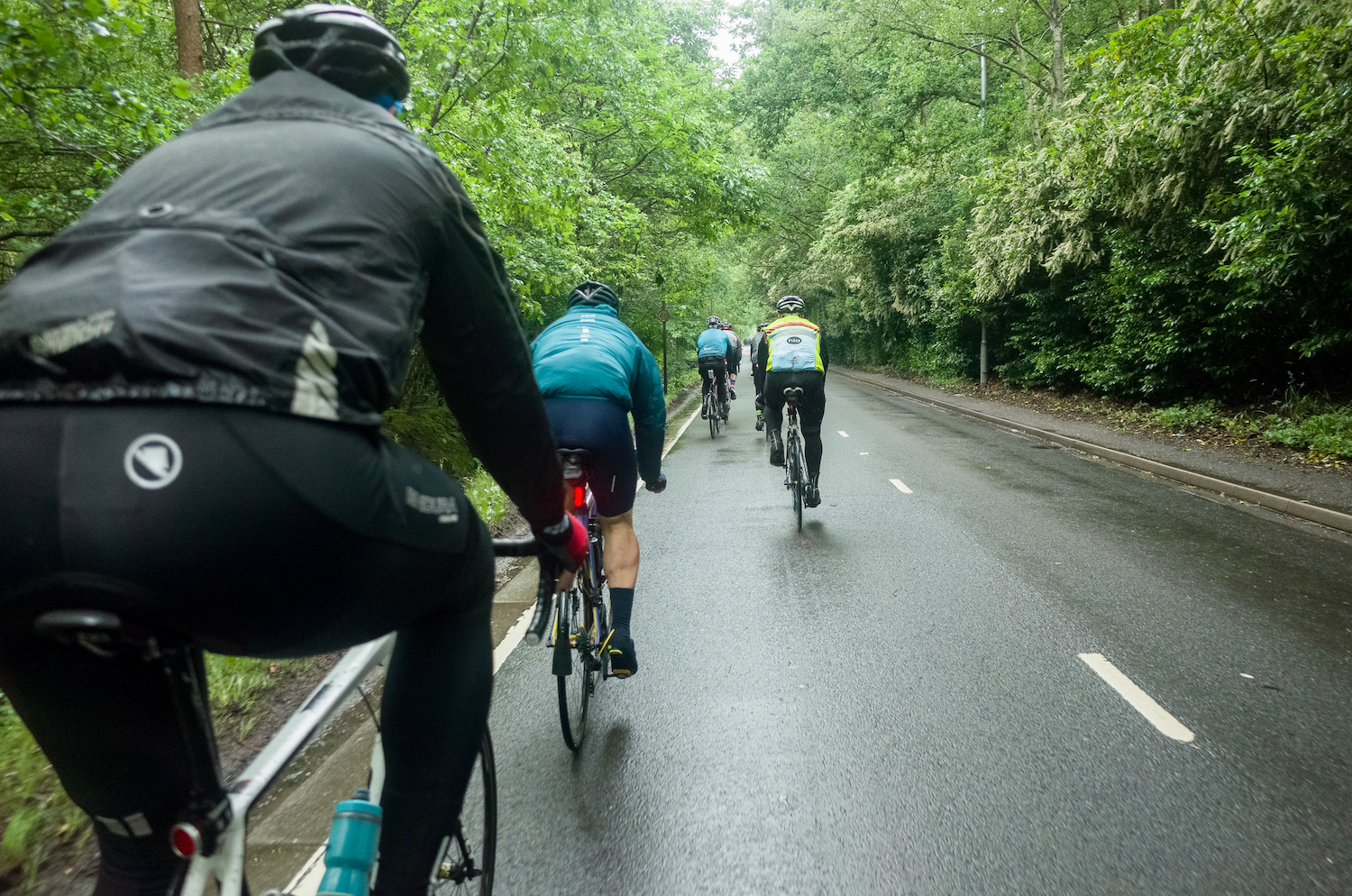 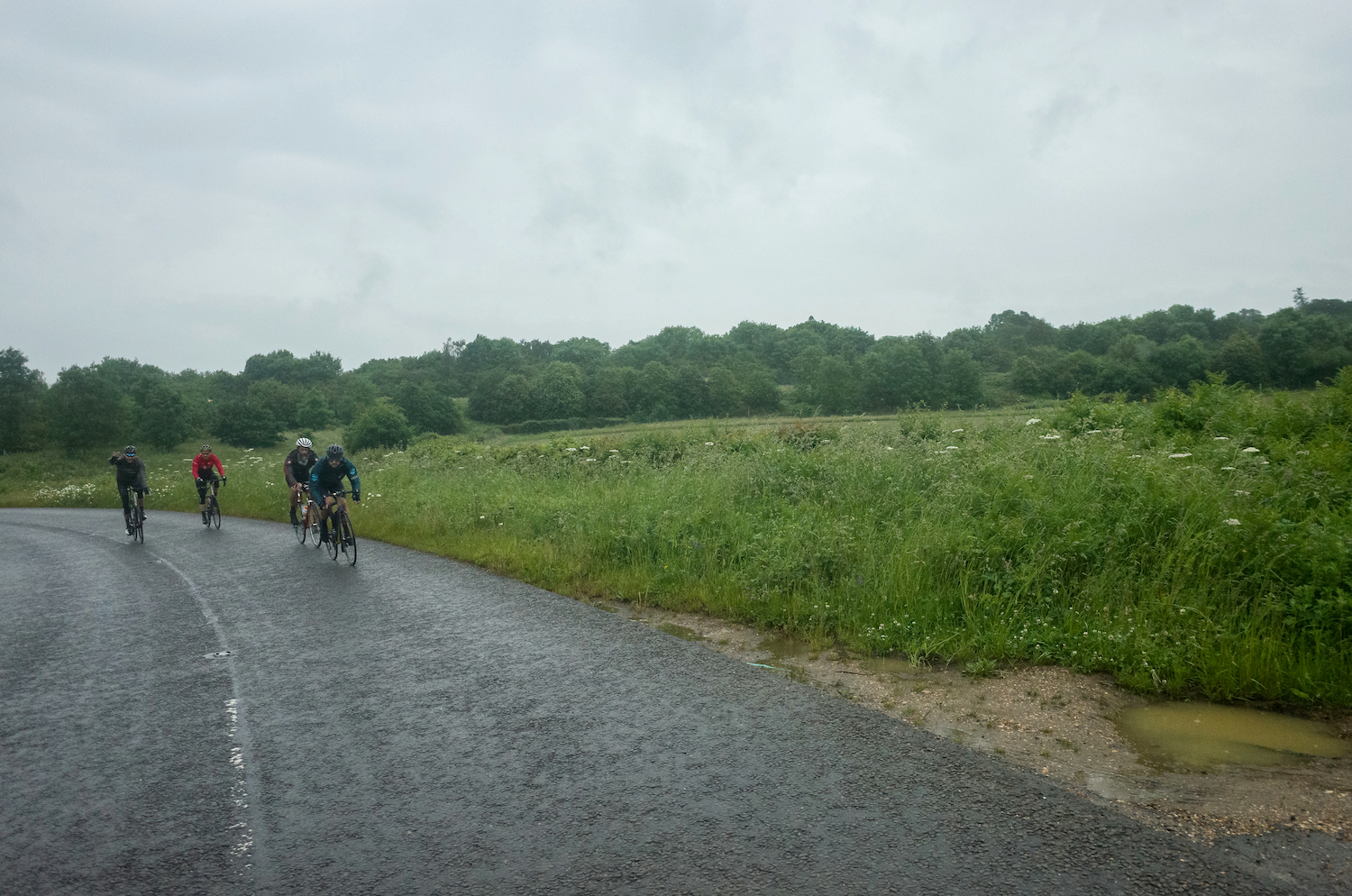 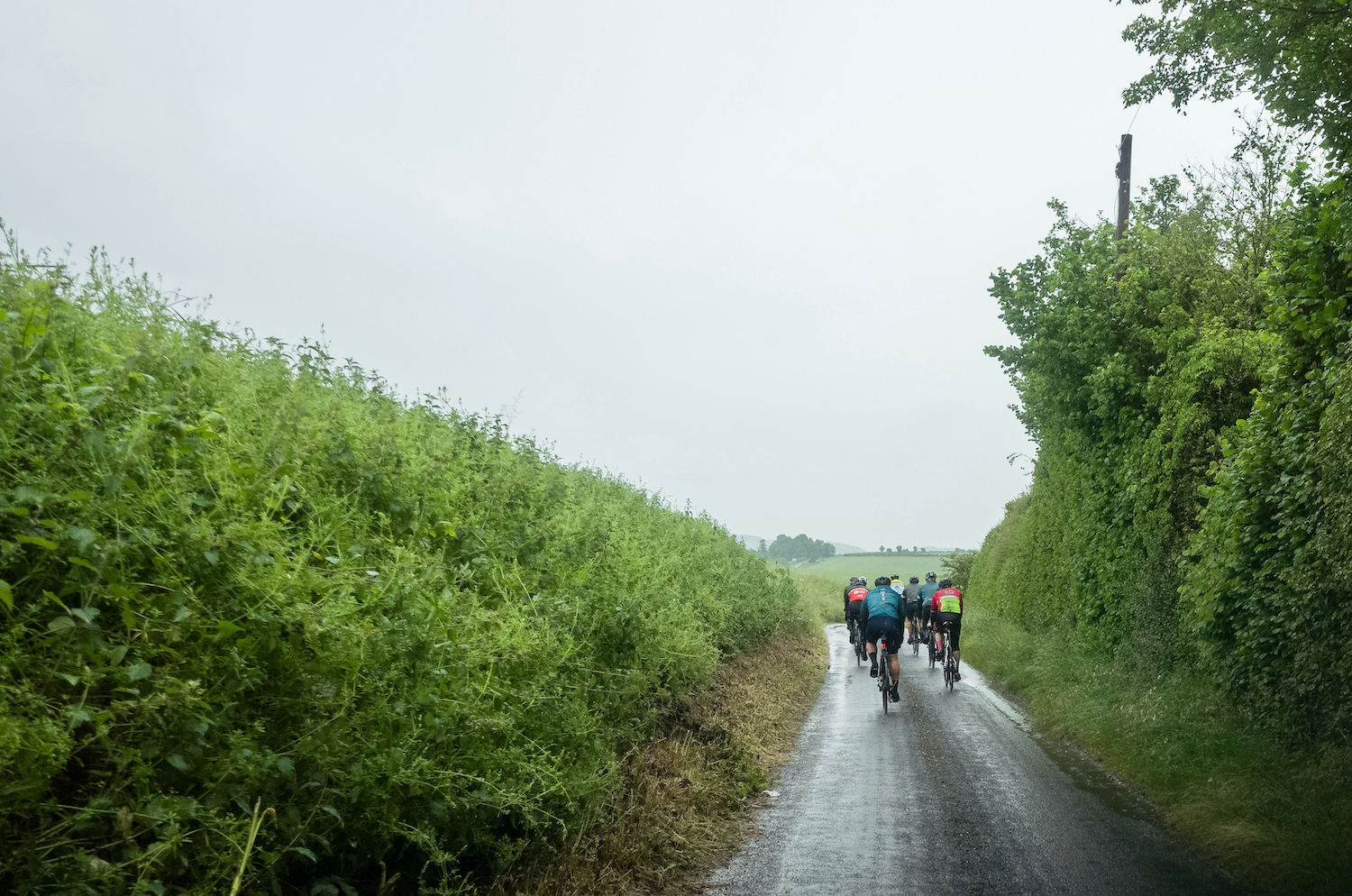 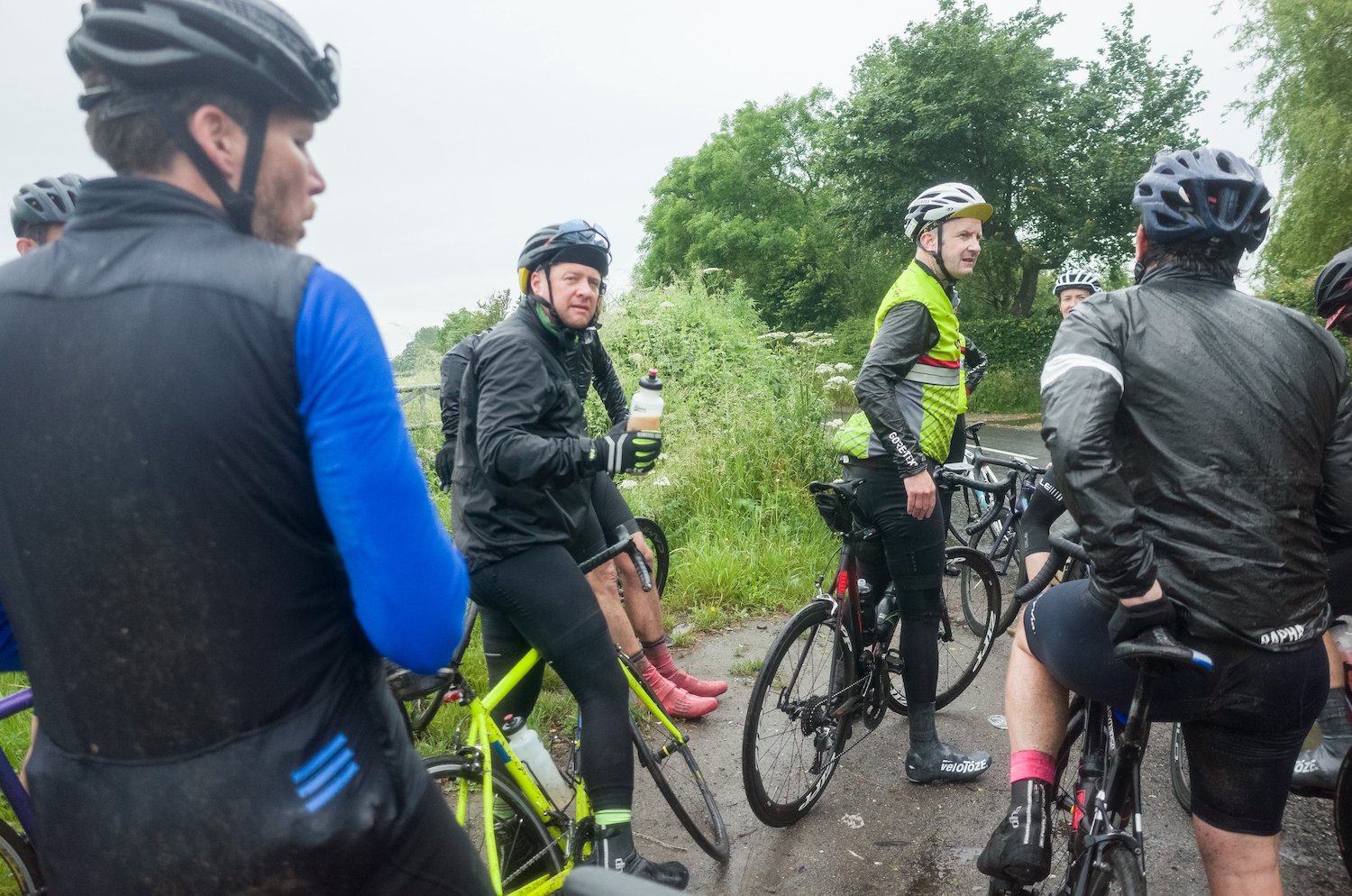 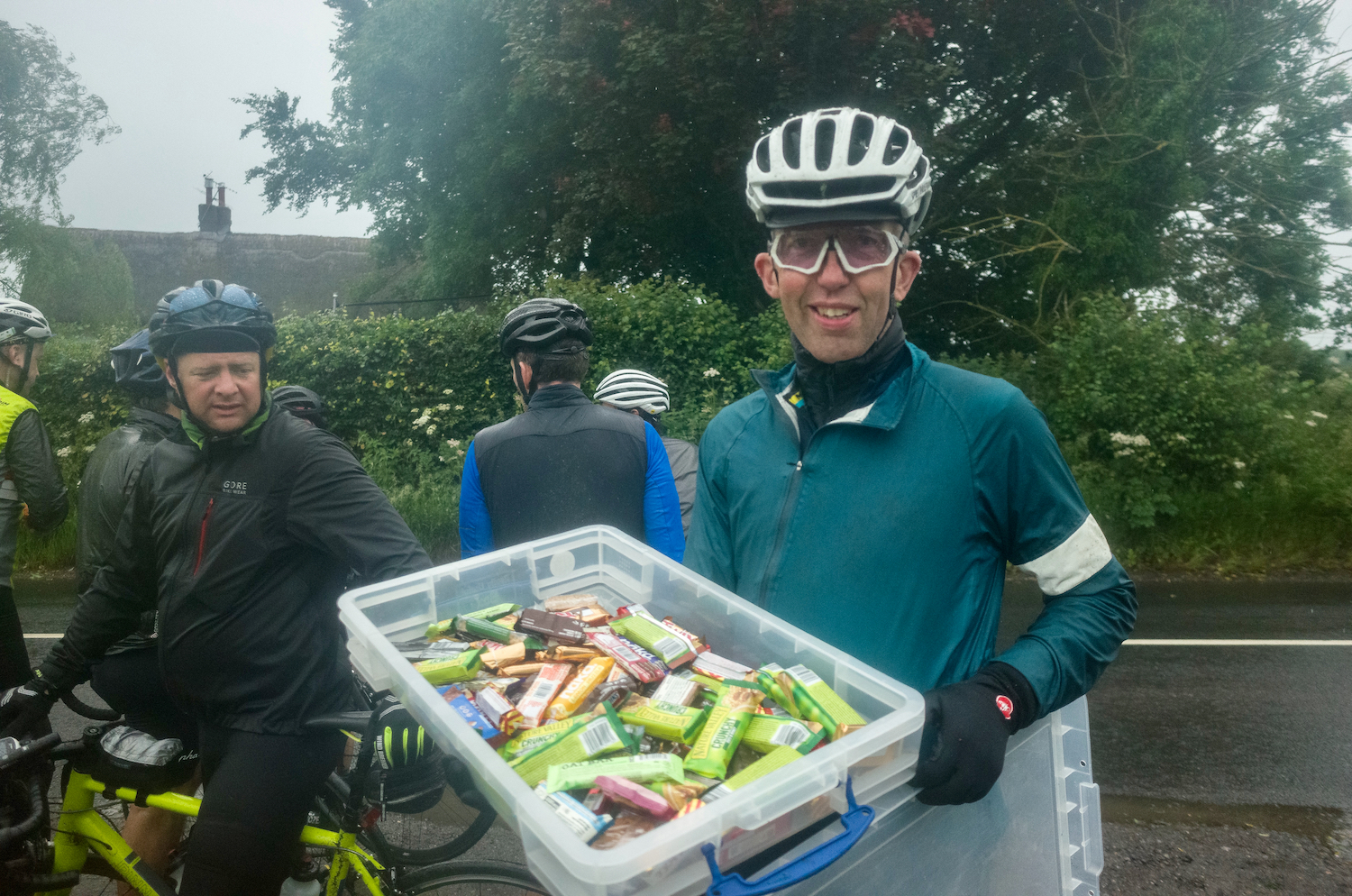 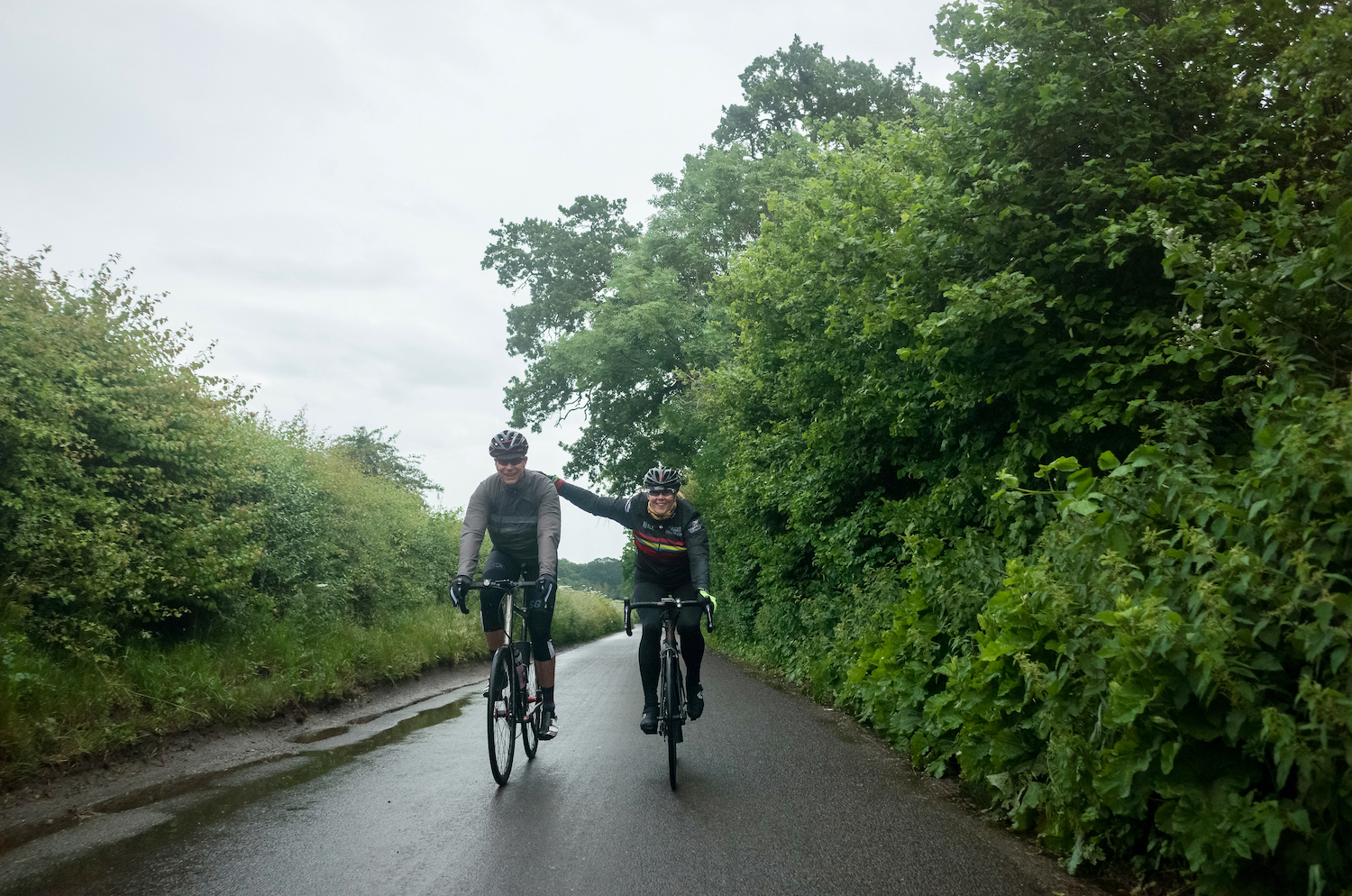 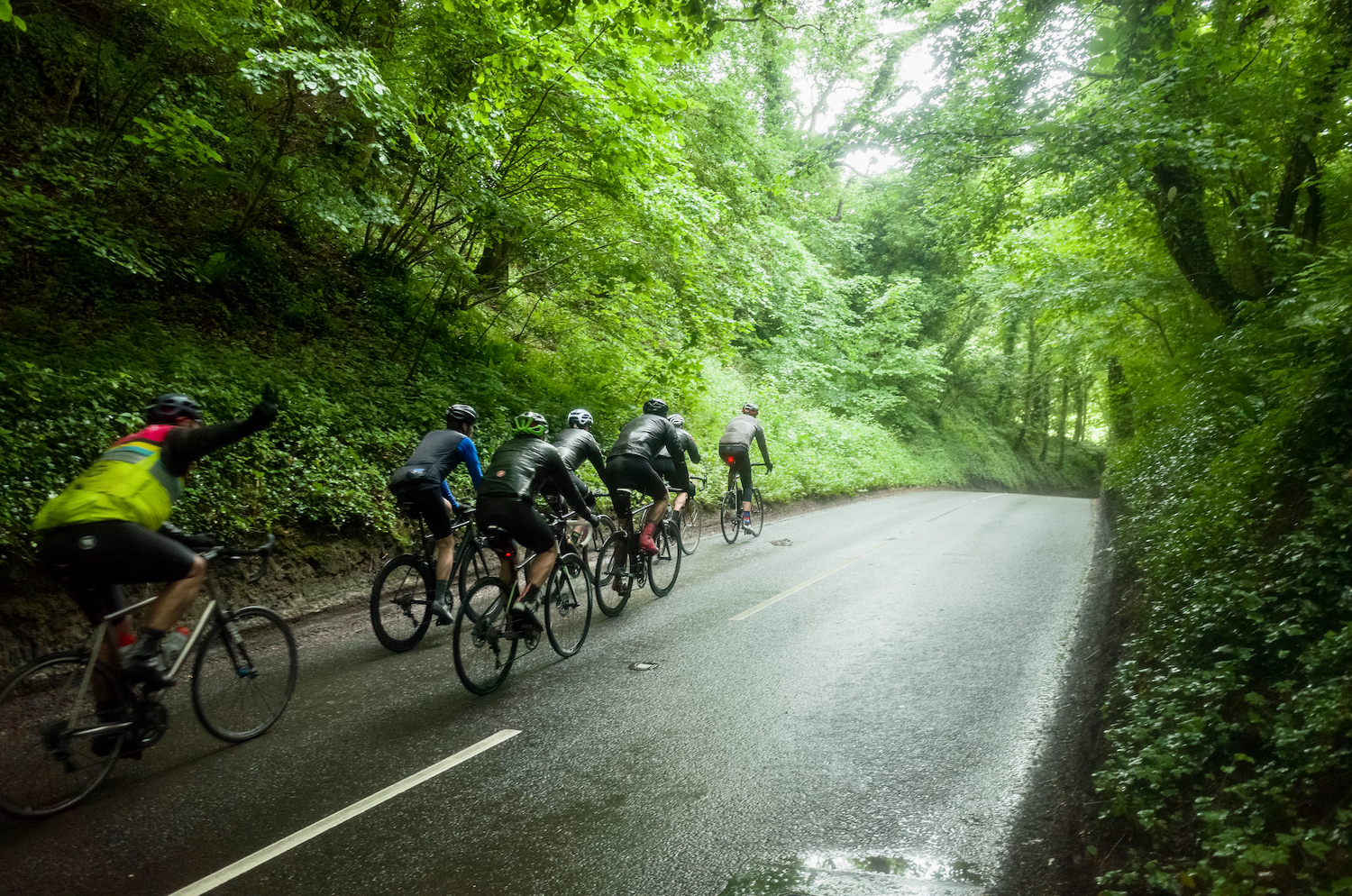 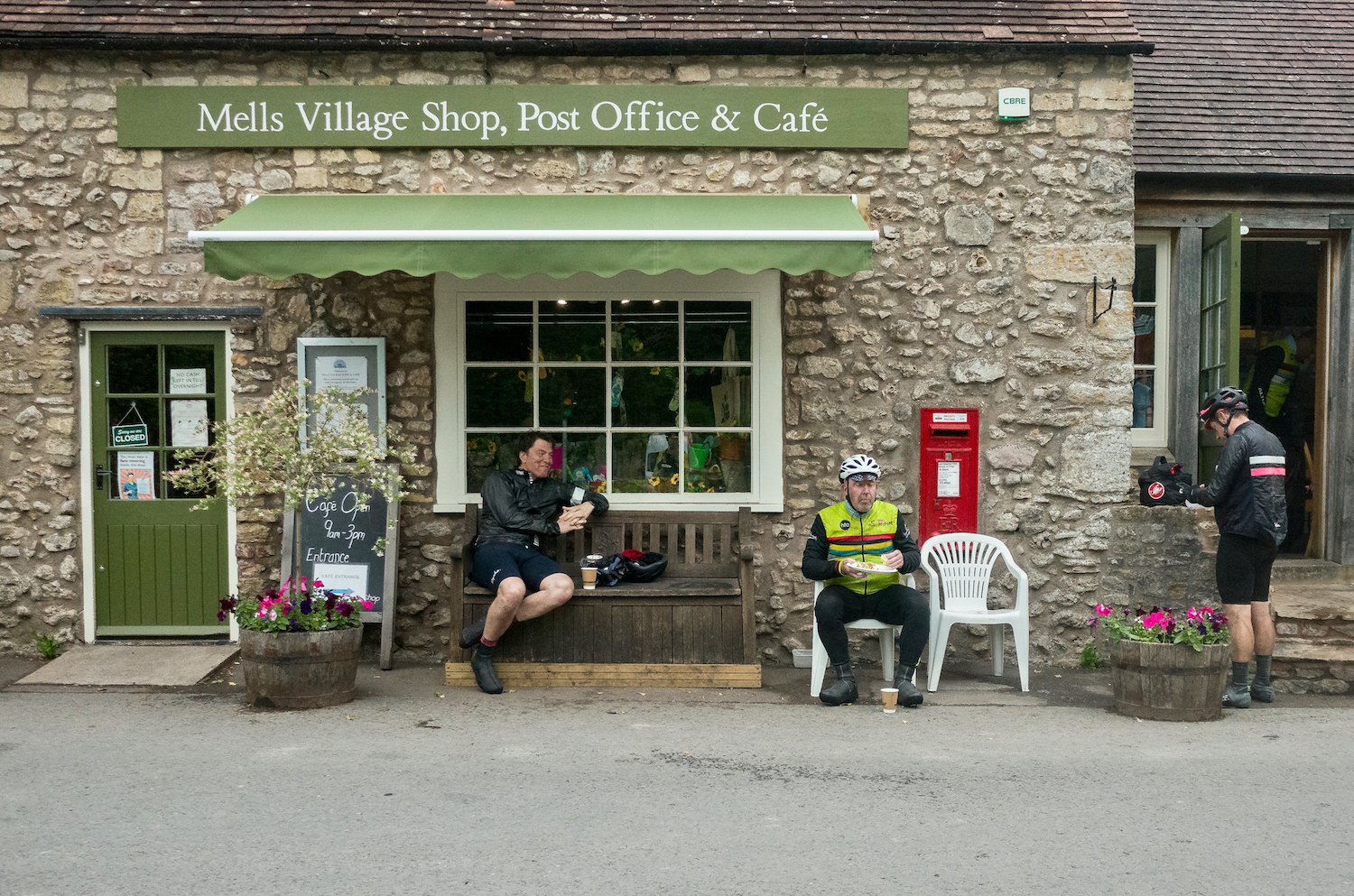