When Knight Frank Cycle to MIPIM was postponed, there was huge disappointment from all involved. Many of the Ride Captains moved swiftly to organise alternative rides, including Christian Spencer-Davies, who took a more unusual approach, by organising a 1,500km (the distance from London to Cannes) relay around Regent’s Park.

Christian reflects on how the event unfolded last week…

“It all began with the unsurprising but very disappointing announcement on Monday that Cycle to MIPIM was being postponed, just four days before we were due to leave. Personally I was looking forward to this even more than previous years: having just closed my company after 25 years trading, I needed a bit of headspace. The intensity and the physical exertion of the six day journey cycling to MIPIM have always be thoroughly therapeutic and the training helps me get out of bed through the dark winter months.

After all the preparation and in light of my business closing, this could be my last chance to take part. I had to do something. For the first 24 hours I felt pretty angry and disappointed, but on the Tuesday morning my partner Elena Besussi encouraged me toward a more positive attitude so I started making decisions to move on. Firstly I committed to the London-Bristol-London ride organised by Andy Yates and Anna Beckett, and then I started my own scheming.

I’ve ridden the whole distance to Cannes once before and the whole way back unsupported, so I gave doing that again some serious thought but then decided against it.

I also looked at flying to Cannes with my bike and just spending a week cycling in the sun having already paid for everything else. I quickly decided that wouldn’t work too well either so I cancelled the shipping of my empty bike box that I would have originally needed to return after MIPIM. I also cancelled my return flight and accommodation.

I could have just gone for a bike ride but that still takes planning and would have just been about me and partly misses the point. Cycle to MIPIM is a shared experience that includes many old friends, riders and crew, the French support team on motorbikes and even the hotel bar staff. And of course you make many new ones along the way.

Ever since I first got involved in Cycle to MIPIM about fourteen years ago, I have regularly trained by doing laps of Regent’s Park - it’s a cycling mecca. It’s only an estimate but I can say reasonably confidently that I have ridden more than twice around the world in Regent’s Park; about 80,000 km in cycling speak or 50,000 miles in English.

It occurred to me that it wouldn’t need much planning to do something there and more or less anyone could join in, which was especially important for those who had already been swallowed up by work.

The clock had been ticking and I was about to cycle to Bristol, so would it even be possible to mimic the MIPIM journey: 1,500km in the remaining 3.5 days after returning? Some quick maths showed me it would require about 428km a day. Could that be done, how fast would we have to go and how long would it take? And what about a relay, which gives everyone chance to get some sleep but is more important for anyone who wants to to get involved?

I came to the conclusion that cycling from 07:00 to 22:00 at 30kmph each day with a shorter final day to mimic our traditional ceremonial 15:00 finish on the Croisette would be enough to cover the whole distance, barring any hiccups.

After checking in with Club Peloton, they said to go for it, spread the word and see if anyone else is up for spending some time (a lot of time) in the park.

Sinead Conneely volunteered almost immediately to herd the cats with a spreadsheet, thus avoiding everyone turning up at the same time, leaving nobody to help at other times. Elena showed me how to make my first ever WhatsApp group.

In a hurry we made a relay baton (it’s the one symbolic thing to actually go the whole distance) and we knew we wanted the distance to be verified by a single bike computer. Elena and some friends from Islington Cycling Club looked at live tracking but it needed an accompanying phone. Battery charge for fifteen hours a day also required some back up while still moving.

On day one, loads of people turned up and it worked, albeit with some lonely moments and some minor delays including a puncture. After reflecting overnight, I realised it was more important for me to stand back and take more of an Event Director’s role (a Club Peloton title I gave myself!). Many more cyclists and the press had got hold of the story and the comms was getting busier. Some riders had been lapping on their own which wasn’t ideal in case they had a puncture or just found the isolation tough.

I switched to generally staying in the ‘Regent’s’, a lovely cafe in the middle of the park and popping out for a lap or two every hour on the hour and taking care of the relay / baton changeover.

A word on participants. A few days after we completed the ride I counted all those that I could remember and those names I know and I got to 59 - but no doubt there were more. That includes support from almost all of the Club Peloton team, loads of past MIPIM riders / alumni, as well as local cyclists and friends who were all too happy to help.

On the Tuesday, it made sense to finish where we started, at the entrance to London Zoo, and we then rode together to Coram for a more ceremonial finish at 3pm.

My mum asked whether I received a prize. And in a way, I did. Not only was it cathartic for me, but it was even better to see everyone else coming together and getting not being able to cycle to MIPIM out of their system."

Thanks to Christian Spencer-Davies, Sinead Conneely, Stuart Wilks and Jerry Tate (and anyone else we have missed) for the photos. 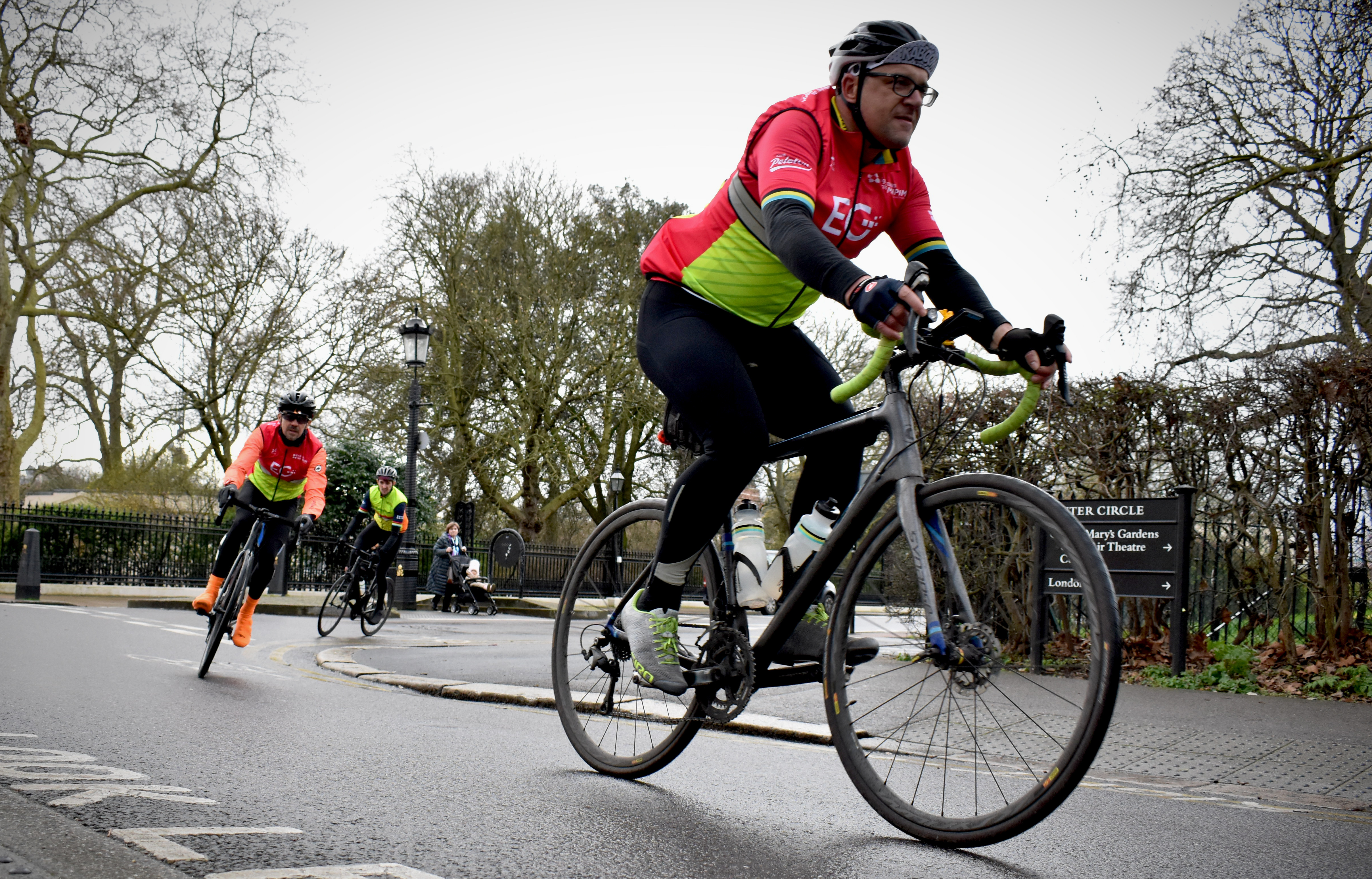 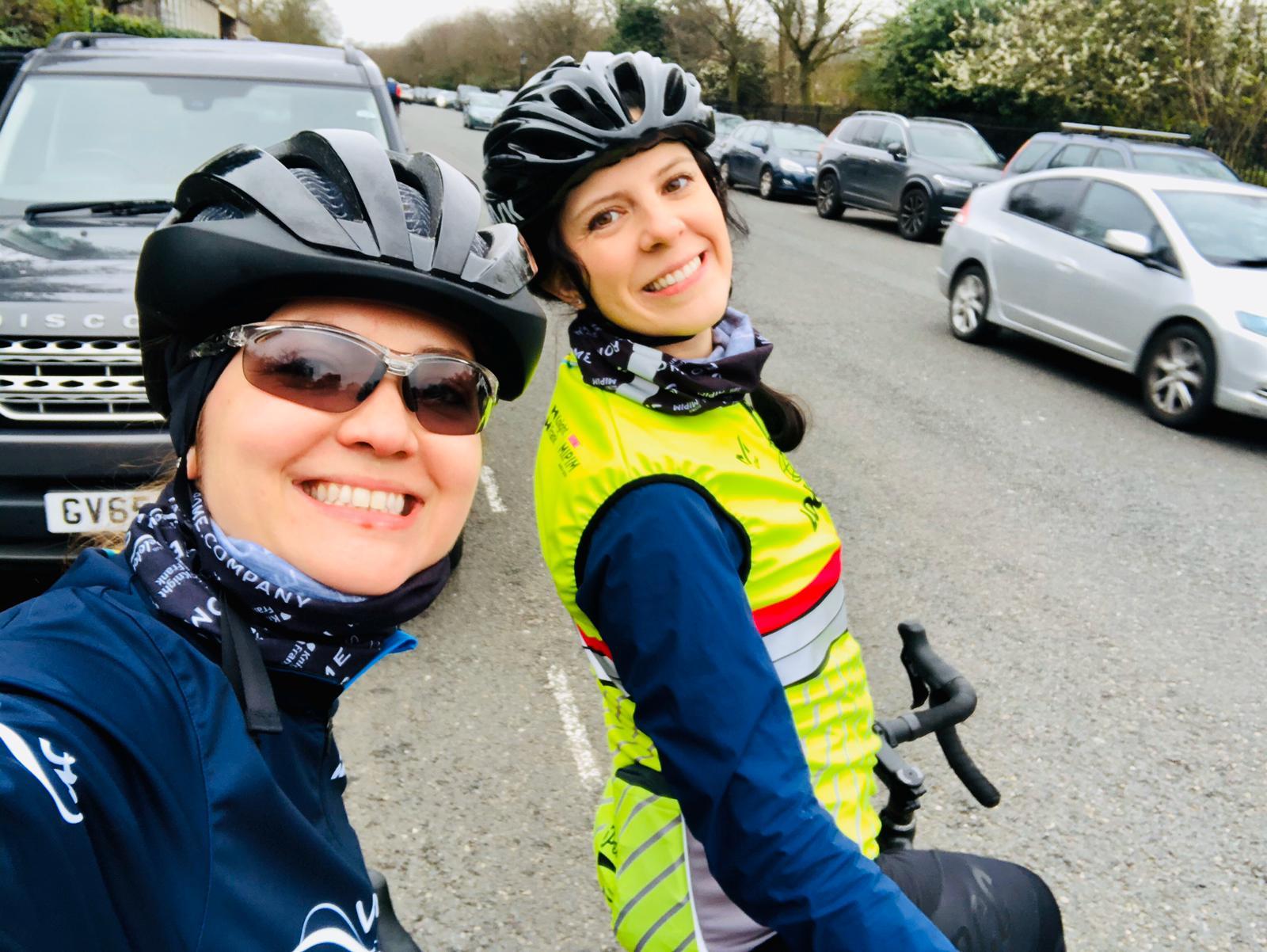 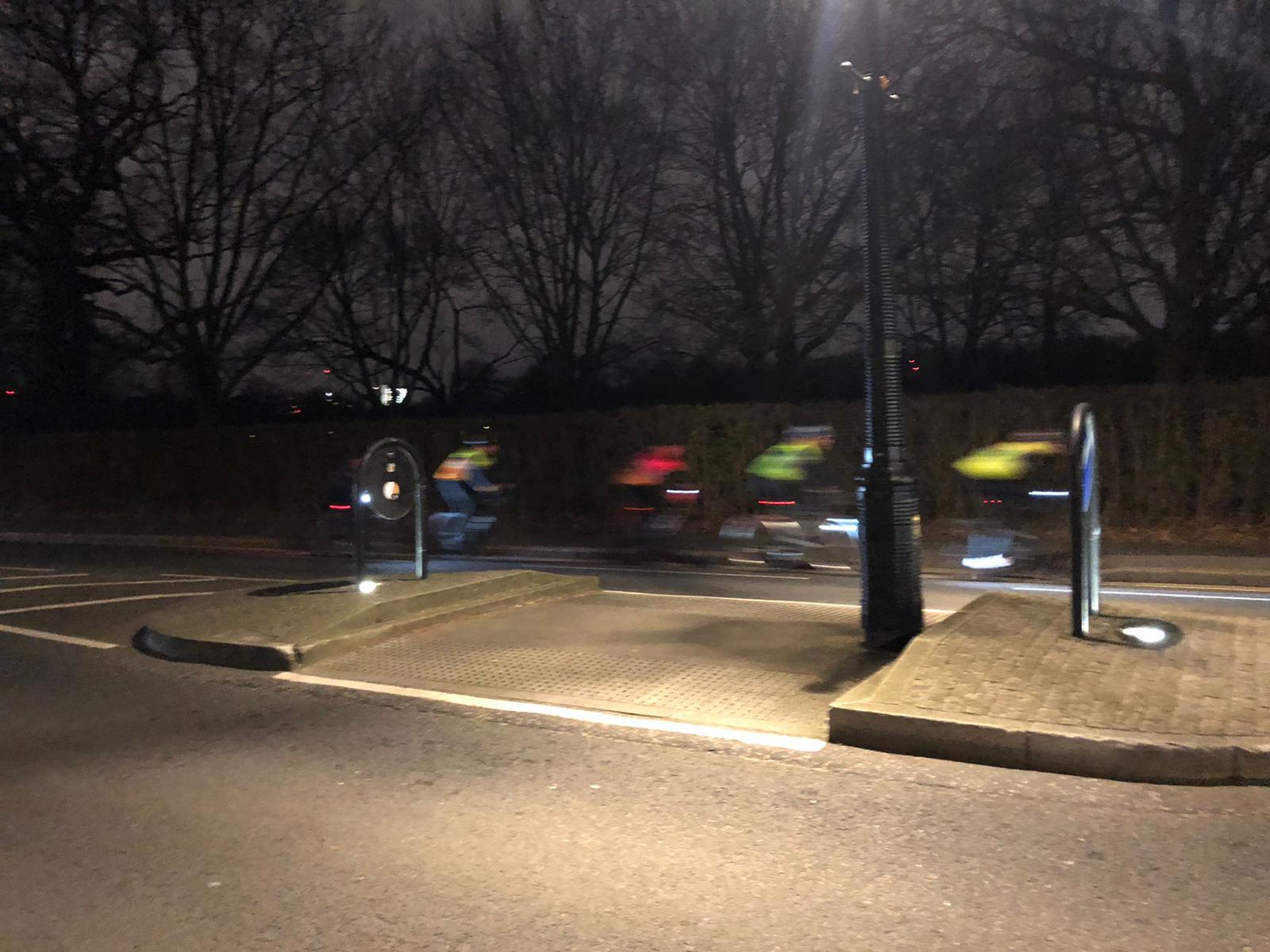 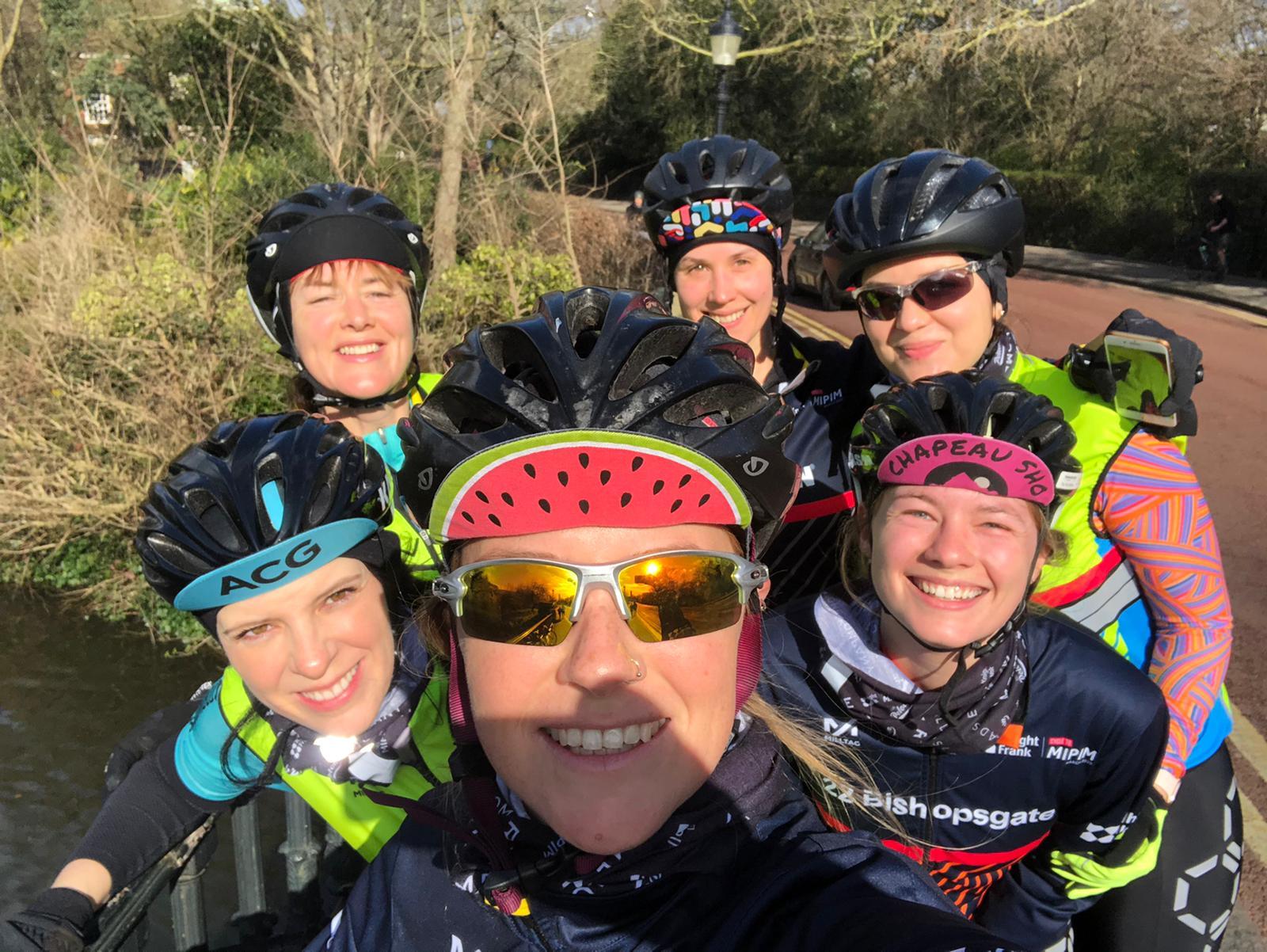 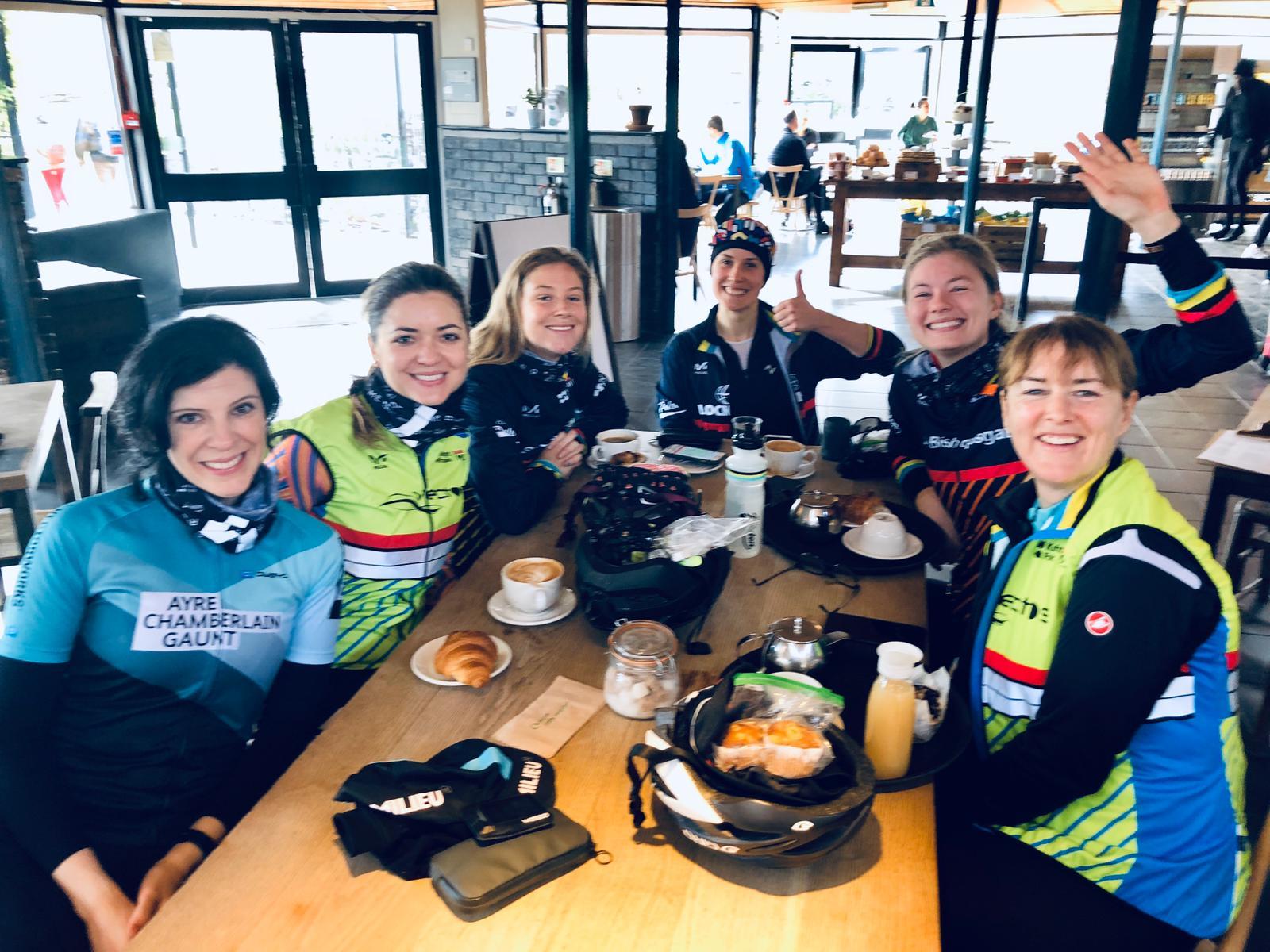 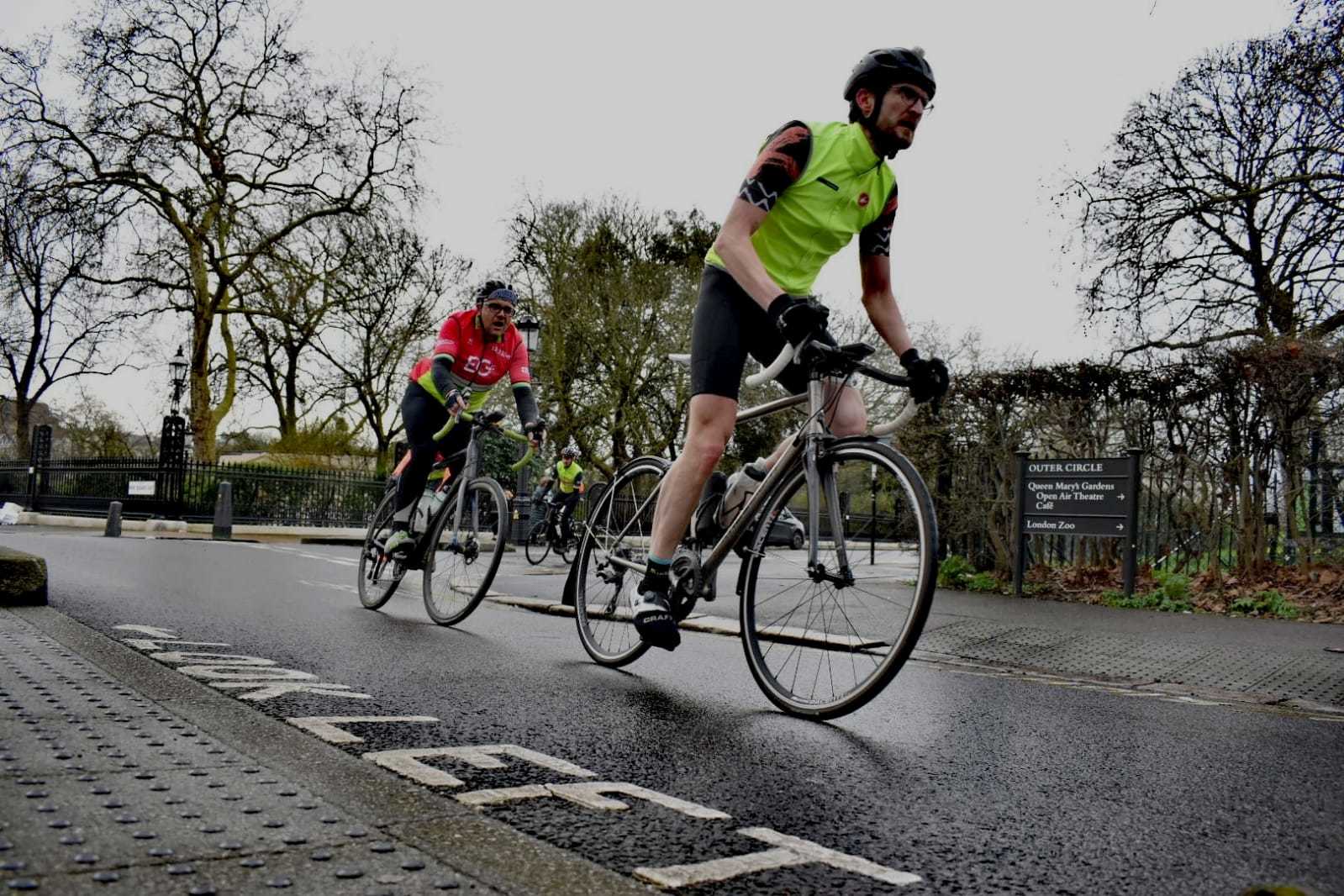 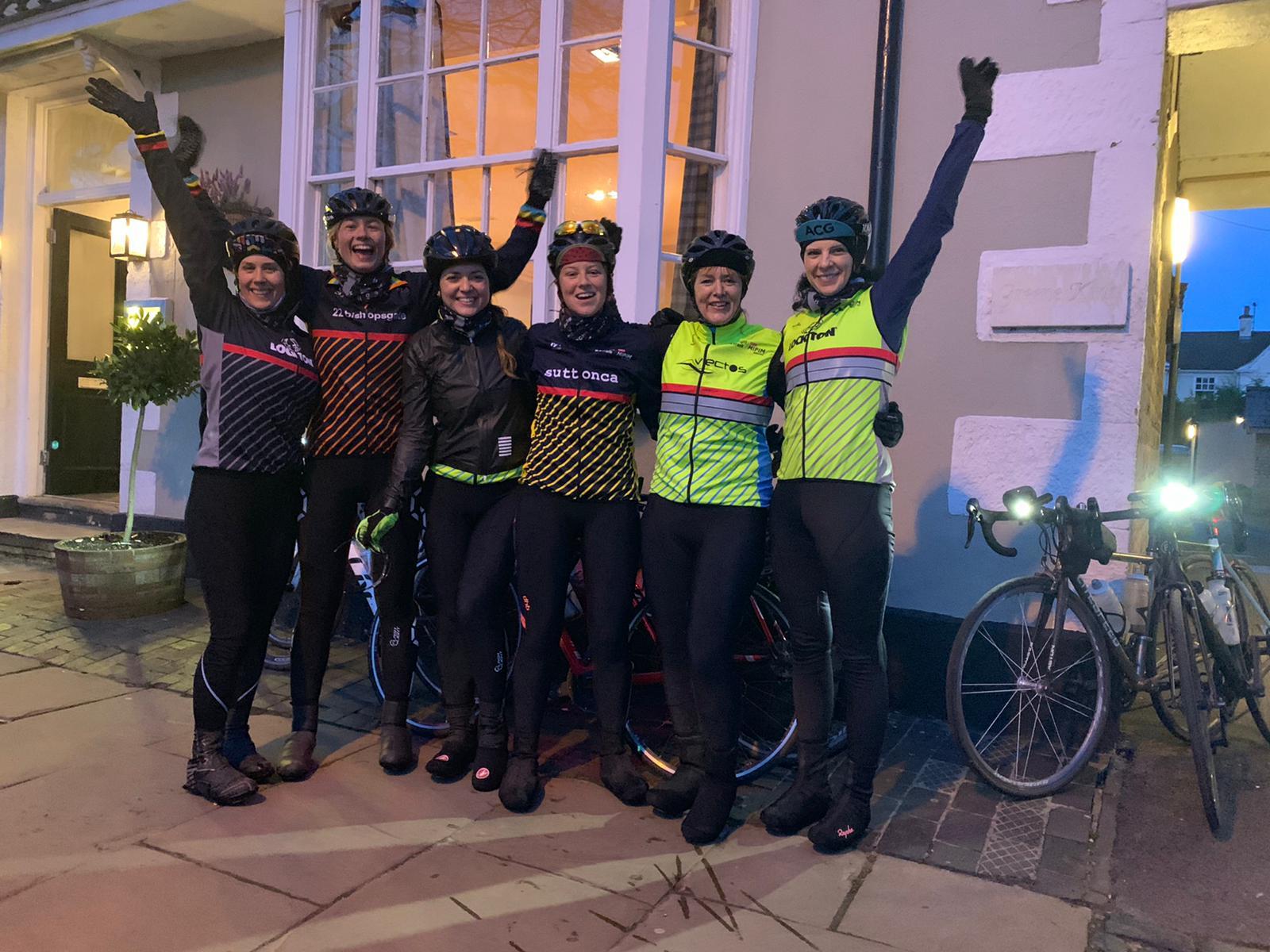 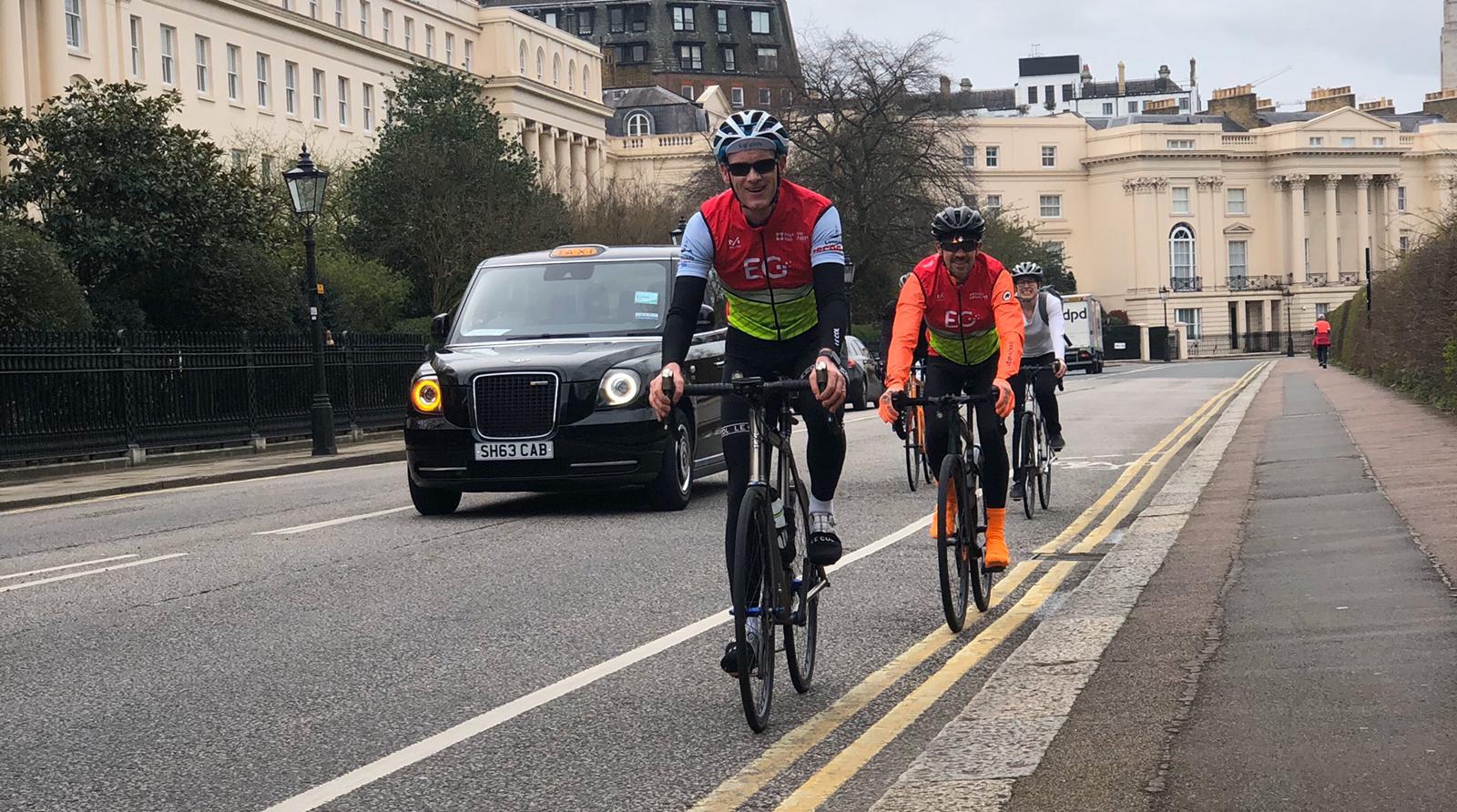 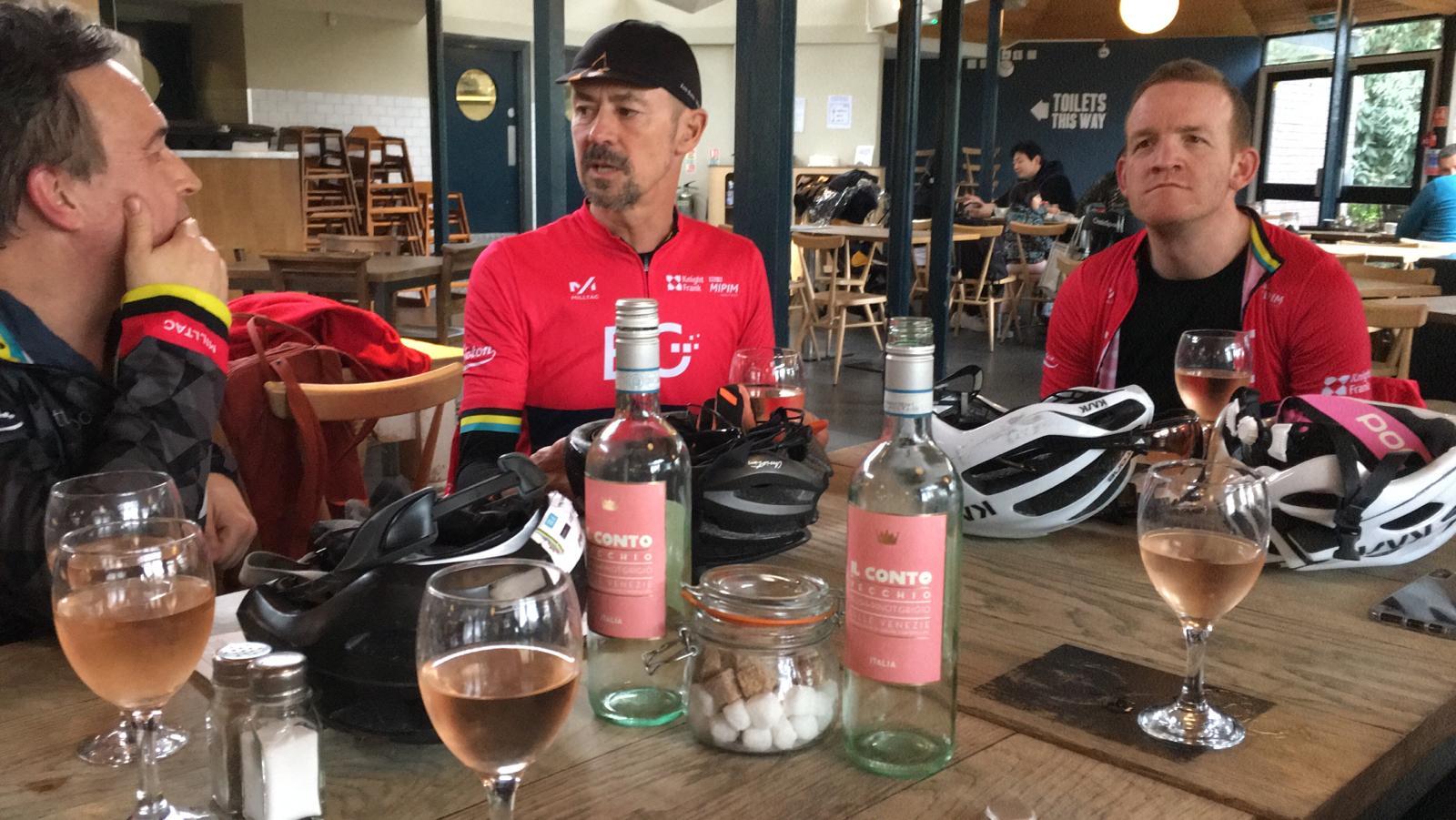