On Monday 9th and Tuesday 10th March, Team Vectos and friends, led by Ride Captains Toby Fox and Mike Axon, are cycling two days in The Cotswolds, 200km each day.

Here's what happened on day 1 (Monday) in the words of Ride Captain Toby Fox...

"In an attempt to replicate Cycle to MIPIM as realistically as possible, 18 riders emerged from the Premier Inn, Witney, Oxon, for a 6am rollout on Monday. Avison Young's Mike Cook made it just in time, having realised only the night before that we weren't riding from London and leaping into his car at 4am.

The group included disappointed Cycle to MIPIM riders determined to make the most of their training, and previous riders to Cannes keen to join in and help raise funds for lead charity Coram. Among the latter were Pat Hayes and daughter Connie, respectively directeur sportif and rider with racing team Liv AWOL. Connie had raced twice at the weekend and was competing again next Saturday. The ride offered a training opportunity, in distance if not speed. After lunch, with targets reached, she and Pat drove their van in support of the group, already backed up by Vectos' Emily McLauchlan with a hire car and a playlist of 80s hill-climbing bangers.

But all that was much later. First, before even the briefing could begin, the first question of the day, "Can you look at my bike - it'll be okay to ride, won't it?" Unfortunately not - the headset is wobbling, there is only one rear brake block and, oh, the frame is cracked. Two out of three of these issues were caused by a car carrying the bike on its roof smacking into the hotel sign. No names, to protect the dignity of those involved.

Without the Club Peloton team to knock the rest of the group into line, it was 6.10am before we left. But we were soon beating rush-hour traffic and heading deep into the hills of the Cotswolds on a 175km loop including 14 categorised climbs.

By the time we had climbed hill #36 it was clear that not all hills are categorised. They are definitely still hills though. Some were raced up, some were grimaced up, but all were conquered by a mixed ability group with grit, determination and Jelly Babies. A Club Peloton ride in all but name.

Lunch was a highlight: pies, pasties and lasagnes at Morris & Brown, Broadway Tower, thanks to Team Vectos leader Mike Axon who had recced 200km on Friday to find a cafe and a route of stunning landscapes, panoramas and postcard-perfect villages (though some suspected we were circling the same village over and over again - can there really be that many beautiful villages in one area?)

Sun in the morning later turned to steady rain and bitter cold in the afternoon but the riders supported each other through to the end with kind words, laughter and  the home-made banana muffins  brought by Elliott Wood's Shona Virden.

One or two stationary falls, and a couple of punctures were light wounds given the distance and conditions. Chris Dyson's obligatory puncture didn't occur until 50km from home. We made it back for warm showers, beers, pizzas and an early night. Although tomorrow we get a lie-in - we don't start until 7am." 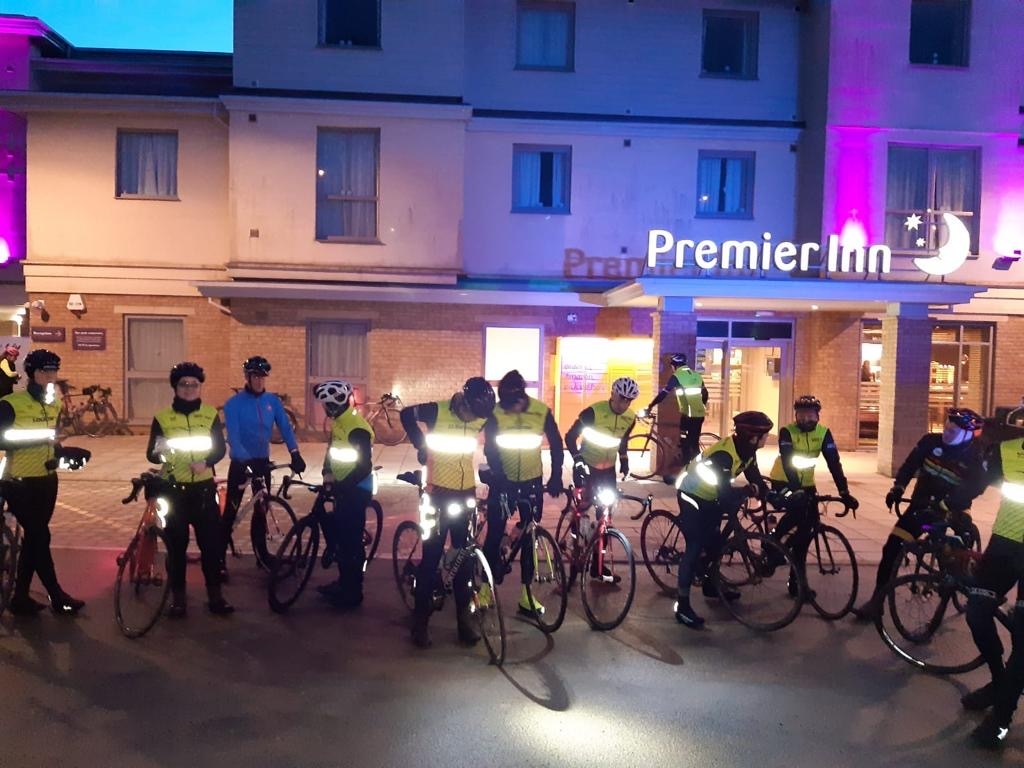 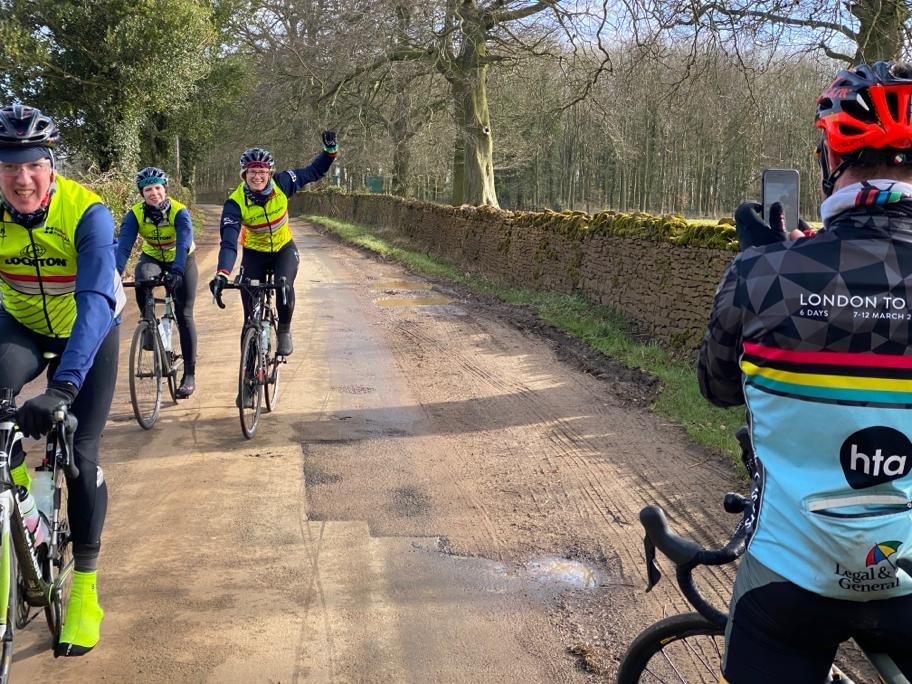 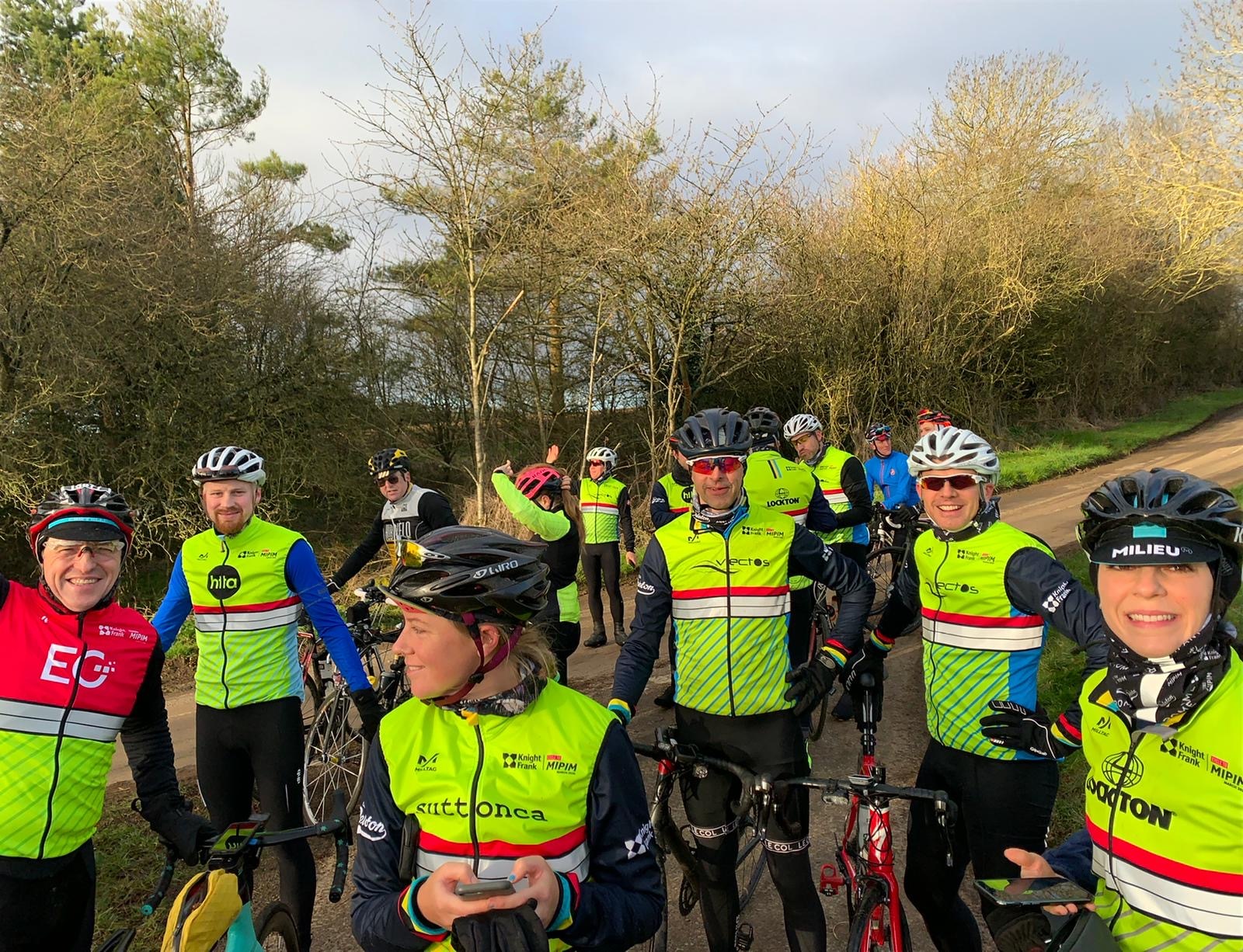 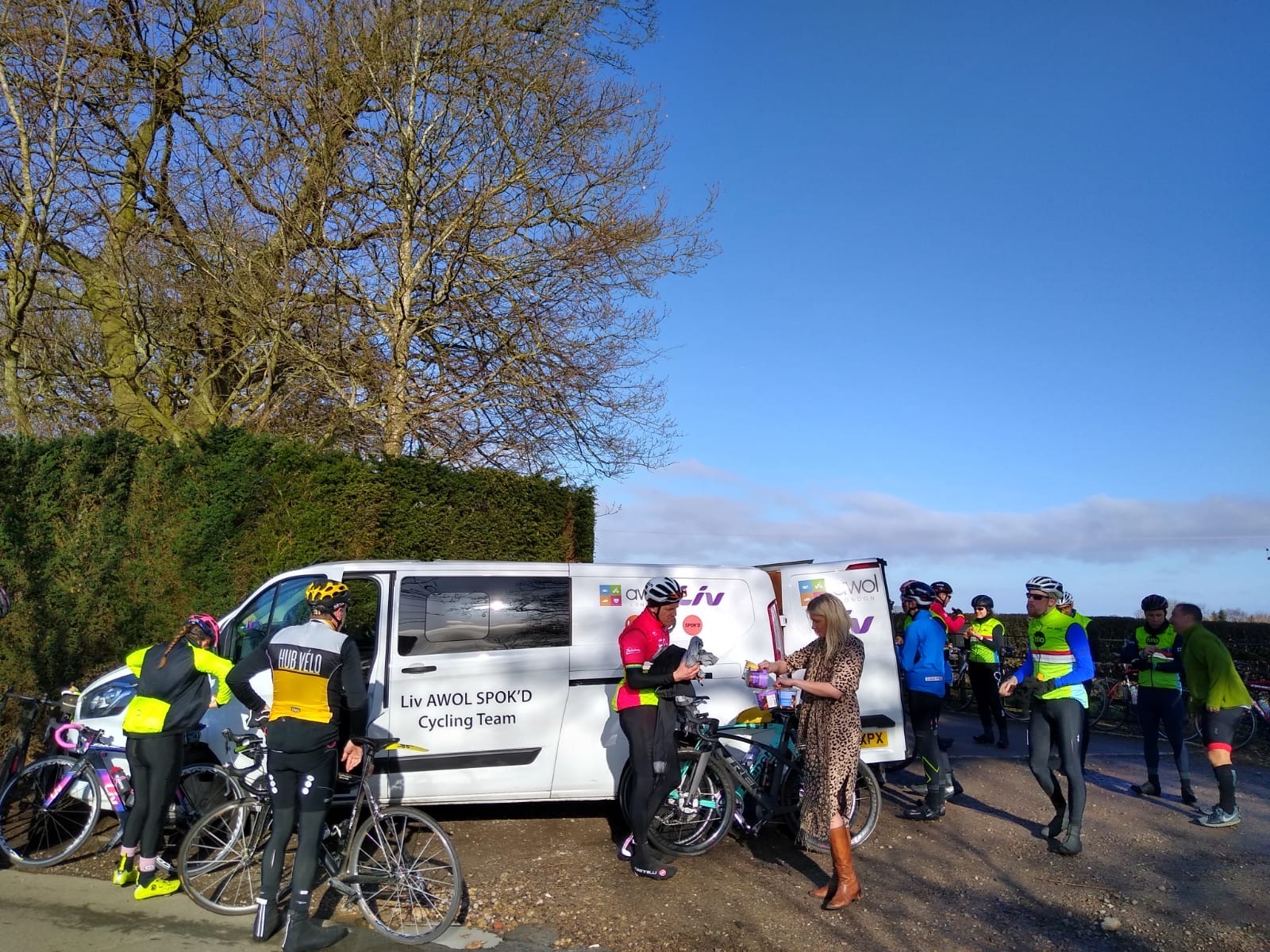 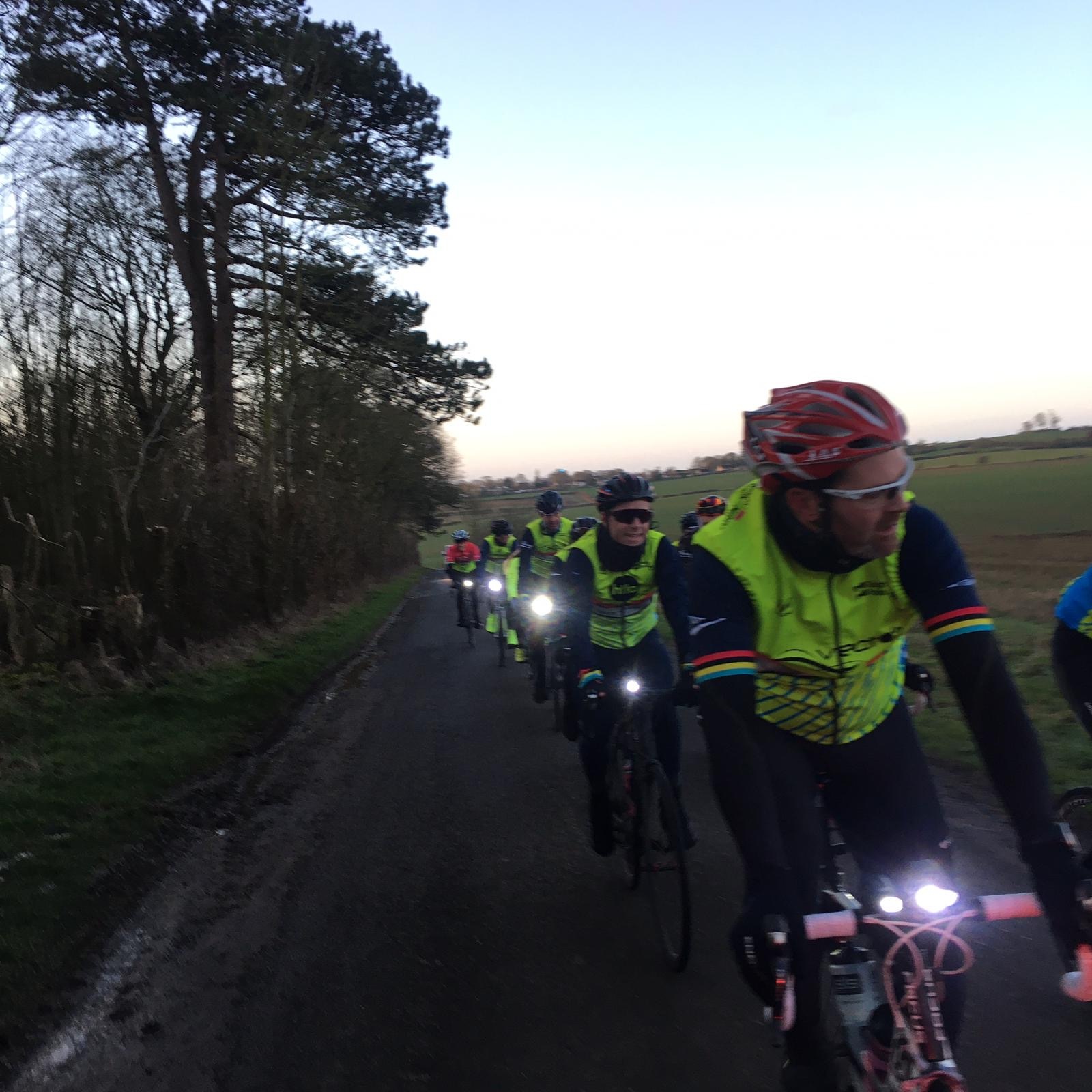 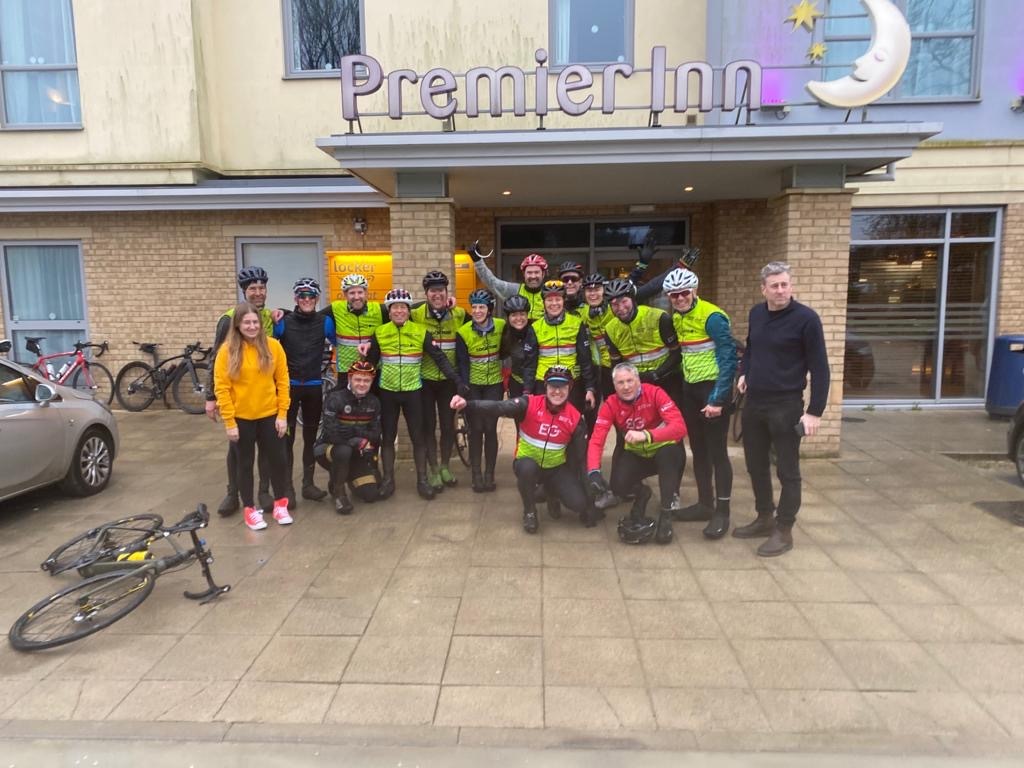 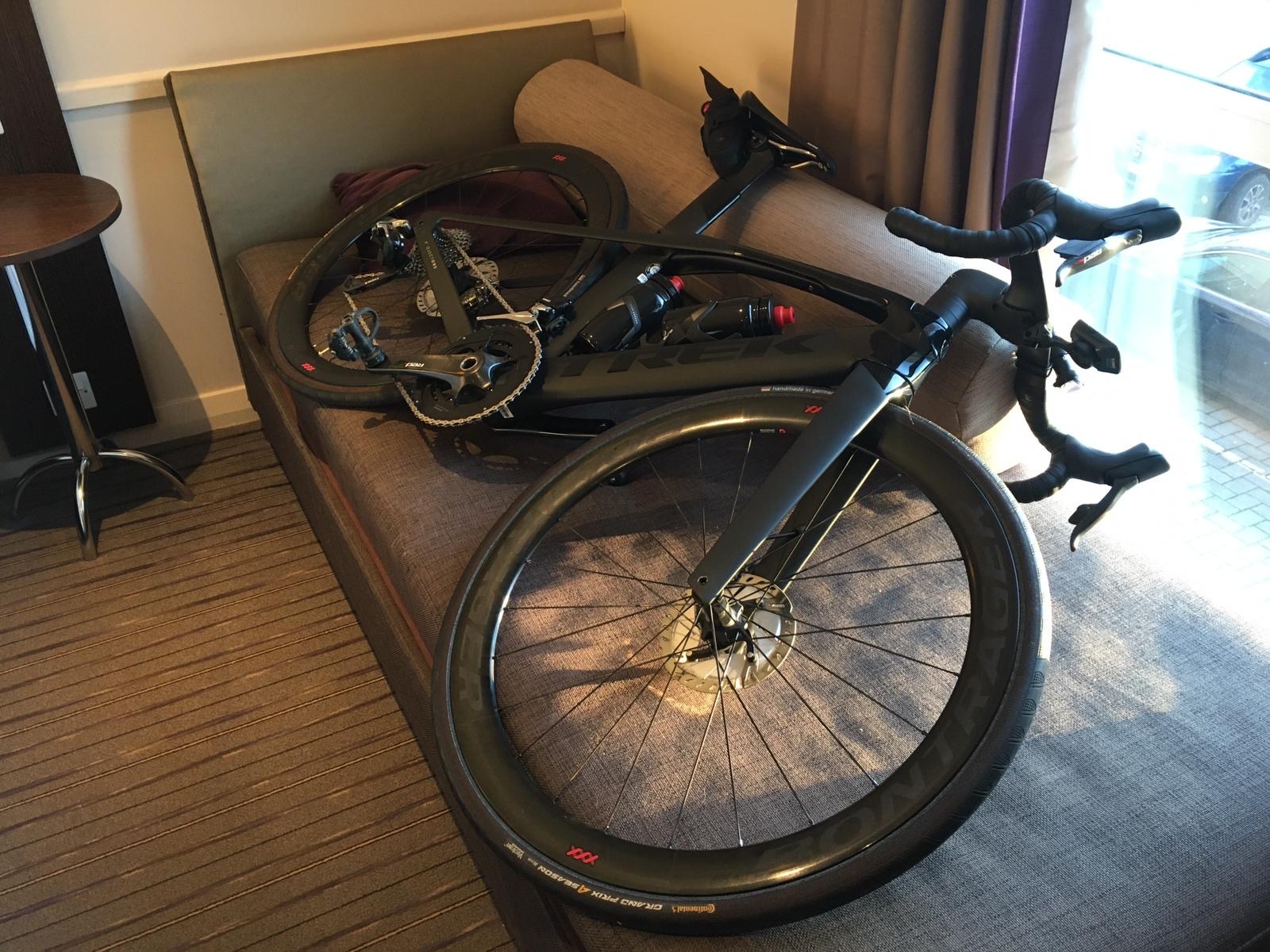