I have a small problem with our cycling life. We seem to use cars a lot to get to rides – particularly if we live in Essex and the rides are in Surrey! It was a delight to find then, that this ride could be reached by train.

Up bright and early on a Saturday morning, the 0707 to Ipswich gets me to Colchester in good time to meet Andrew Davies of law firm Fenwick Elliott and Chulu Kamalondo of Crossrail. We meet at McDonalds on the A12 Colchester by-pass.

You might think the A12 McDonalds wouldn’t be the most picturesque setting for the start of a bike ride. You’d be right, but this McDonalds is within metres of the beautiful Dedham Vale. Chulu was running to his usual levels of punctuality, arriving at exactly fifteen minutes after we should have left, and dressed perfectly – for the depths of winter.

However, the sun was splitting the tarmac as we left the A12 behind and disappeared off towards Dedham and the Shotley peninsular.

A 52-mile circular route on the north Essex border. We head out via Dedham to Manningtree. From there, on to the Shotley Peninsular. We ride back in the shadow of the impressive Orwell Bridge and past Jimmy’s farm. A rolling route, the ride takes in stunning views of the Stour and Orwell estuaries. We pass through some beautiful ups and downs of the North Essex and Suffolk Constable countryside. Essex isn’t as flat as folk think!

We stop at Shotley Marina so Chulu could shed some layers. The bar / café there serves everything you want from a Suffolk hostelry, from full breakfasts and coffee to Adnams Ales. Shotley, if you’ve not been there, sits right between Harwich and Felixstowe. From Harwich you can sail to the continent. Felixstowe, though dwarfed by Rotterdam is now the seventh busiest container port in Europe.

Dedham is a postcard village, at the heart of ‘Constable Country’. Even the local Co-Op is decorated as though it were still 1920. We roll through casually, taking in the sights and sounds of early morning tourists and deliveries.

The Royal Hospital Schools at Holbrook: The boarding school is an exclusive naval academy. Originally located at Greenwich, it sits overlooking the Stour estuary. On days such as our ride the view is unbelievably picturesque. The Shotley peninsular has a rich naval heritage used to house ‘HMS Ganges’, a naval training base.

As we head toward Shotley, the Tudor mansion house at Erwarton Hall appears. Its elaborate topiary and extraordinary brick gatehouse stand proud on the top of a hill. The Hall was a favourite haunt of Anne Boleyn and Henry VIII. Later in life, the manor housed the Officer in charge of HMS Ganges.

Over coffee, the conversation turns to infrastructure. Andrew is currently involved in a major rail project – though we can’t talk about the detail. Being a solicitor, much of Andrew’s work means it’s strictly confidential. As the lattes and (in my case) diet coke slip down, one thing we’re agreed on is the importance of infrastructure for the future success of the UK.

Looking across the water to Felixstowe the sheer volume of import and export is visible in stark clarity. Two seemingly tiny tugs nudge a colossal container ship into position, while another is unloaded on the quayside.

Chulu has been working on the controversial Crossrail project for the last few years. He’s a huge evangelist for the boundaries being pushed by what are effectively computers on rails. Even the pressure of windscreen wipers on the new trains is controlled and monitored by sophisticated computers. As the project nears completion, Chulu says there are now only five more trains to be built.

On HS2, we’re agreed. The point people miss is that all those containers need to get around the country. With existing lines at capacity, we need the space to move not just people, but goods. And the construction industry needs the work. Development generates £3 for every £1 spent and the sector accounts for 6% of the country’s economic output. What’s more, with diesel and petrol falling out of favour, we need alternative methods to help us get stuff around!

Once Crossrail is done, there’s HS2 and Crossrail 2 to follow. The project Andrew’s working on is another revolutionary project upgrading mainline services. Our ride takes us past yet another new development housing the new East Anglian rolling stock currently being built in Switzerland. Rail investment is at a significant high at the moment, so fingers crossed for more great progress in the near future. As Chulu points out, we’re too keen to knock things in this country, we should perhaps celebrate a bit more…

As if to make the point, on our way back to Colchester, a freight train passes as we cross the main line, headed for London. I’m reminded of a point on my ride to MIPIM in 2018 when a TGV passed our peloton at night in Northern France. My companion at the time noted, it was a moment of ‘two modes of transport of the future, side by side’. 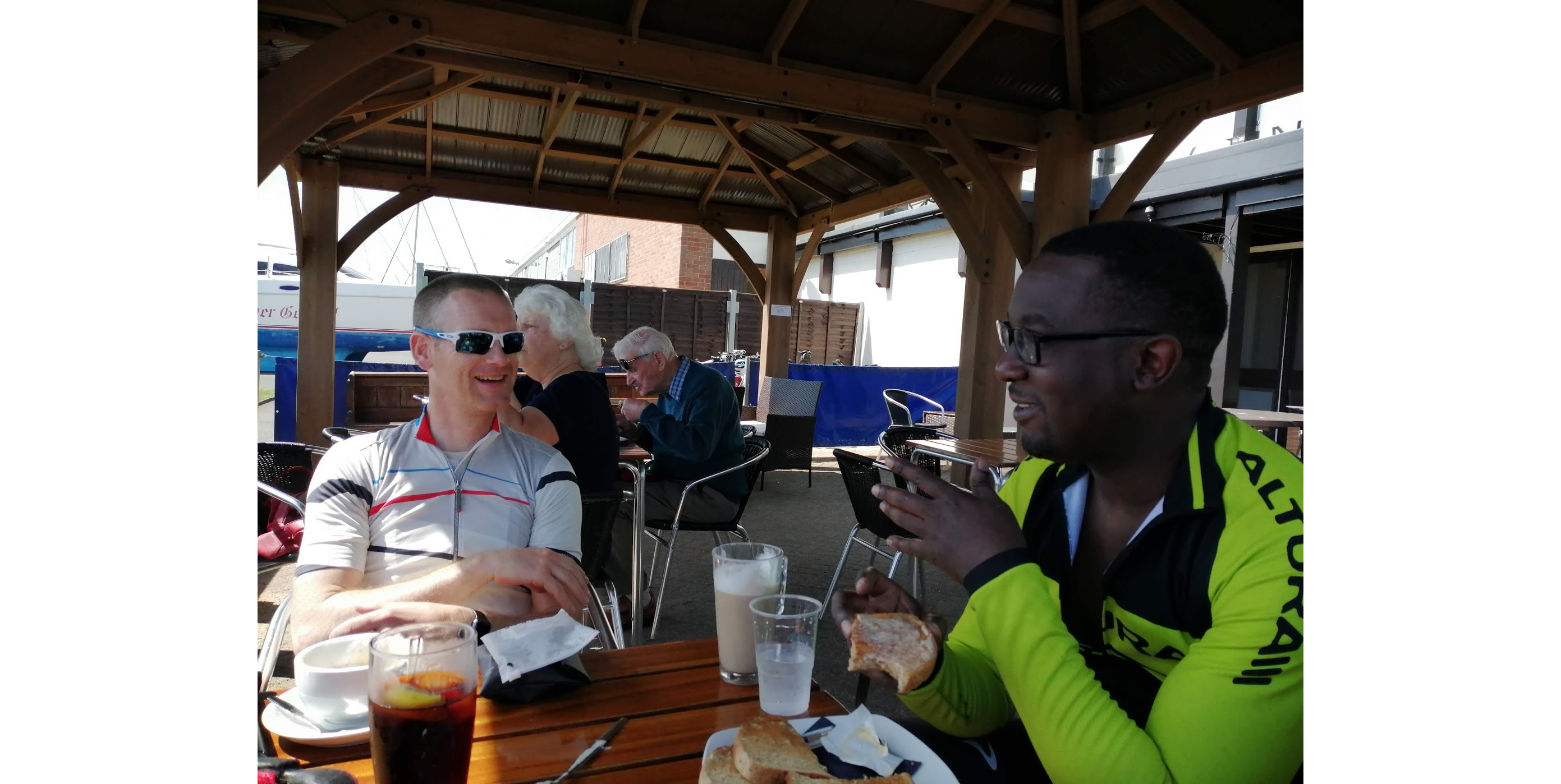 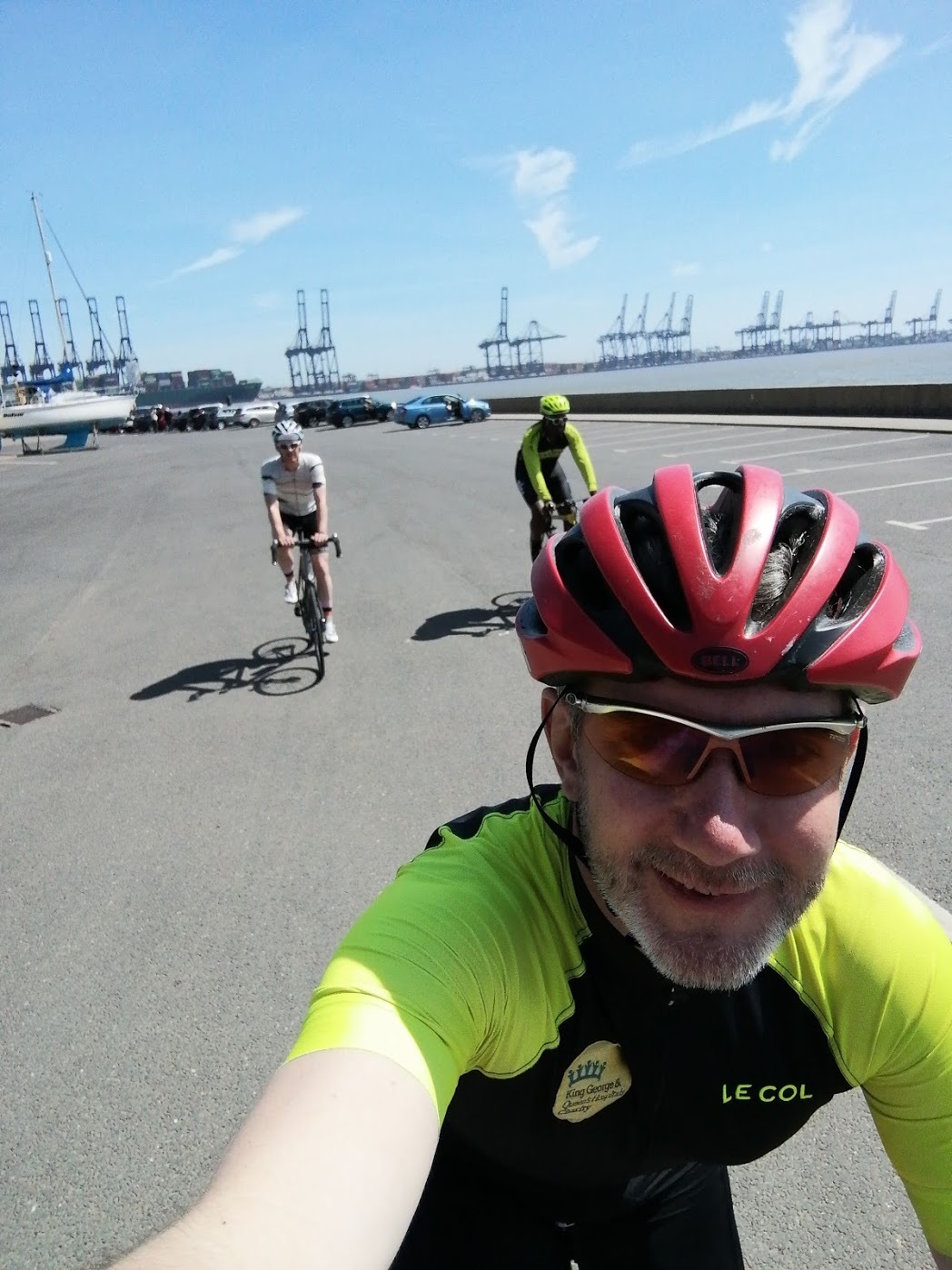