Calais-Reims
The Folkestone peloton‘s first day of cycling in France started in the dark. From Calais, Group 1, led by Make and Lockton, headed out for the first stint of the day at 6am; a ribbon of riders lit by high vis kit and bike lights making its way into a lovely sunrise. It is a morning of clear blue skies and big landscapes punctuated by wind turbines and small French villages populated by hardly anyone. The peloton makes tidy work of the first 130km or so to lunch, the groups rotating so that Group 2 – Vectos and Elliott Wood – followed by Group 3 – Webb Yates and HTA – each lead their allocated stages.

At the lunch stop at Boiry Ste Rictrude, the peloton receives a warm French welcome from the mayor and local school children, who are singing Beatles songs and waving Union Jacks, while the riders enjoy the first vegan lunch of the day courtesy of Morris+Company.

The afternoon is long, with a 68km stage straight after lunch, unfortunately made longer by a detour due to a closed road, with the added measure of a rain shower to keep things fresh. However, hot cross buns at Morcourt, courtesy of AHMM, fuel the riders for another  long 67km stage, as the sun disappears behind clouds for a cooler ride through a landscape that’s starting to feel very familiar. A shorter last stage of the day brings the riders into Reims in the dark, with 313km (plus a bit extra) safely dispatched.

Caen-Blois
For the Portsmouth riders, it’s another gloriously sunny morning rolling out of Caen after a choppy overnight ferry into France. Today they have 286km to ride through the French countryside before reaching Blois.

The first few stages saw the riders cycle through acres of fields scattered with mistletoe trees, through small, derelict towns, and down sweeping roads before reaching the midway point at Le Mele sur Sathe. The riders also enjoyed vegan salad from the ‘Veg+Van’ lunch (alongside more traditional French baguettes if they wanted them) before rolling into the last half of the day.

Elegant wild horses ran alongside the peloton as the peloton made its way to Mondoubleau for hot cross buns at the AHMM Refuel stop. They then rode through more gorgeous scenes as dusk turned to dark, rolling into the hotel almost two hours later than planned. Tomorrow they have 324km to tackle, the toughest day of the route.

Campobasso-Carsoli
Starting out in Molize, entering into Lazio, and ending up in Abruzzo, today saw the Italian route pioneers cover 225 km and over 3500m of ascent to take in three Italian regions, some stunning snow-capped scenery, plenty of inquisitive locals, and an abundance of locally-produced food in their quest to get closer to Cannes.

The group had a cool start out of the Molize capital to beat the morning rush hour, before stopping at the Bim Bum Bar for coffee and chocolata that was to die for. They headed further into the Apenines for some climbs with stunning snow-covered backdrops, before lunch in a mountain village with locally-produced fair, delivered in abundance.

Post lunch, with bellies full there was, thankfully, a long twisting descent through shaded woods, allowing for some well-needed digestion time, before everyone – with Event Director Chris included – headed for their transition from Molize to Abruzzo.

Coffee in the afternoon couldn’t come soon enough for some as legs suffered, and the inevitable aches and pains started to take their toll, but the group remained together and worked at an incredible pace to claw back some time lost in the morning due to the altitude gain.

The last stage – which some chose to sit out – took in several climbs, our first bit of moisture, and after every climb, the inevitable descent, which meant for some chilled riders getting into the hotel at just gone 7pm. By all accounts a well ridden stage, a tight group, earning a well-deserved warm down stretch/yoga session led by our very own Elliot of HTS, before some retreated for a massage, some headed for solace in the form of a warm shower, and others – who share rename unnamed – headed for the bar for a Moretti or two!

Dinner followed lunch, like night follows day, yet the contrast between the two wasn’t so marked. An abundance of locally-sourced and produced food made for an amazing supper in a Swiss ski chalet-style restaurant, with plenty of chat over an ‘aqua’ or two. Looking forward the what tomorrow has in store for the adventurers! 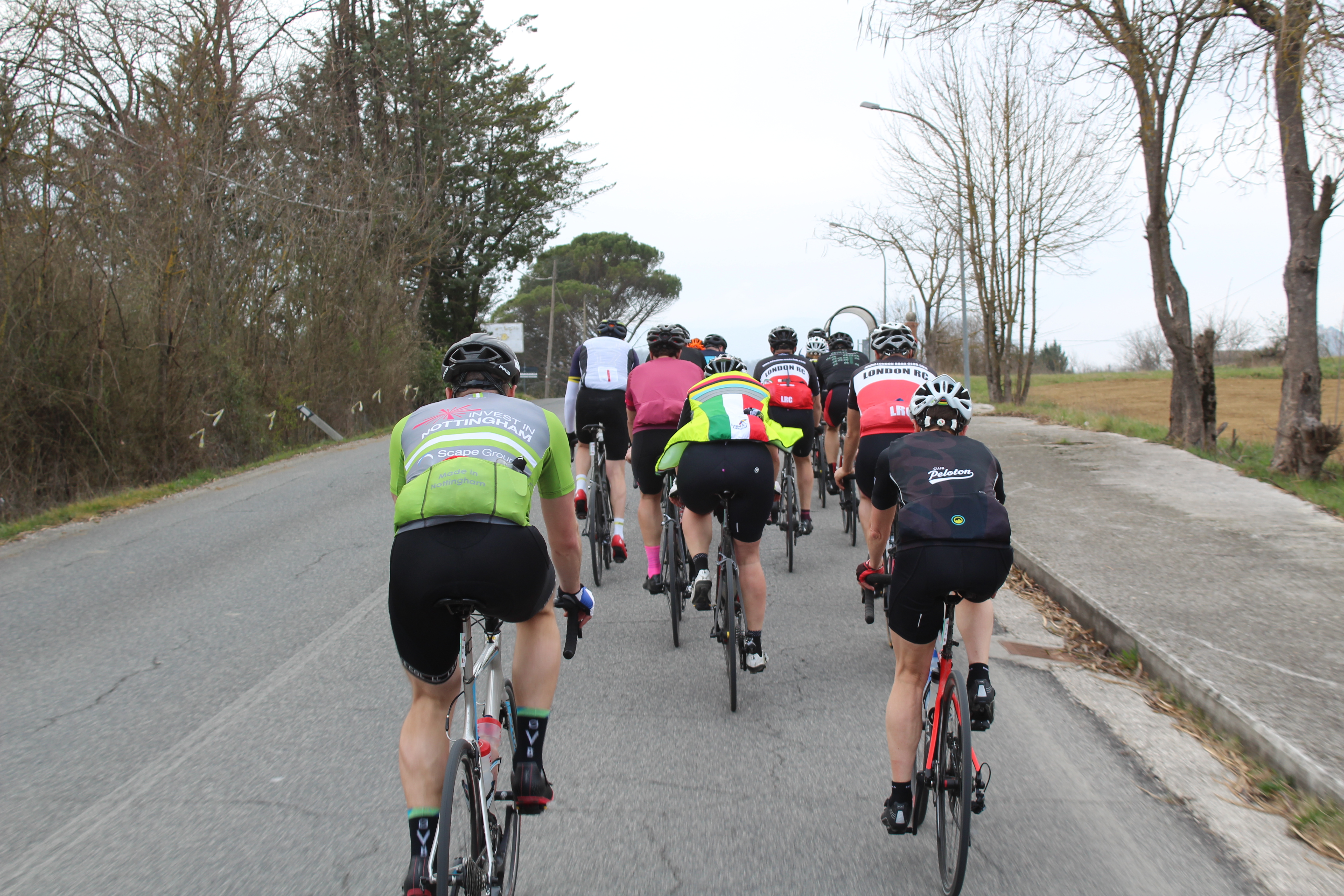 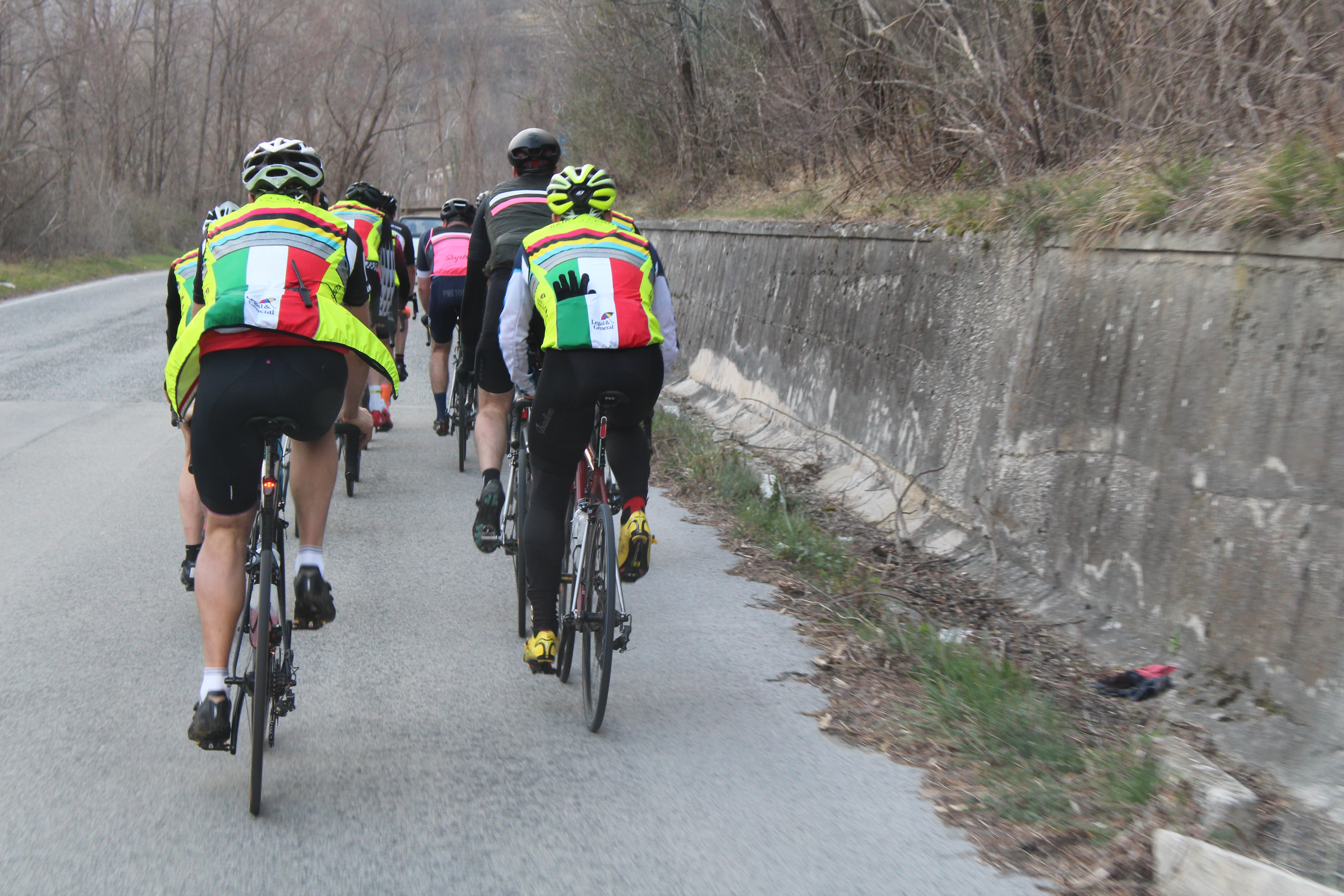 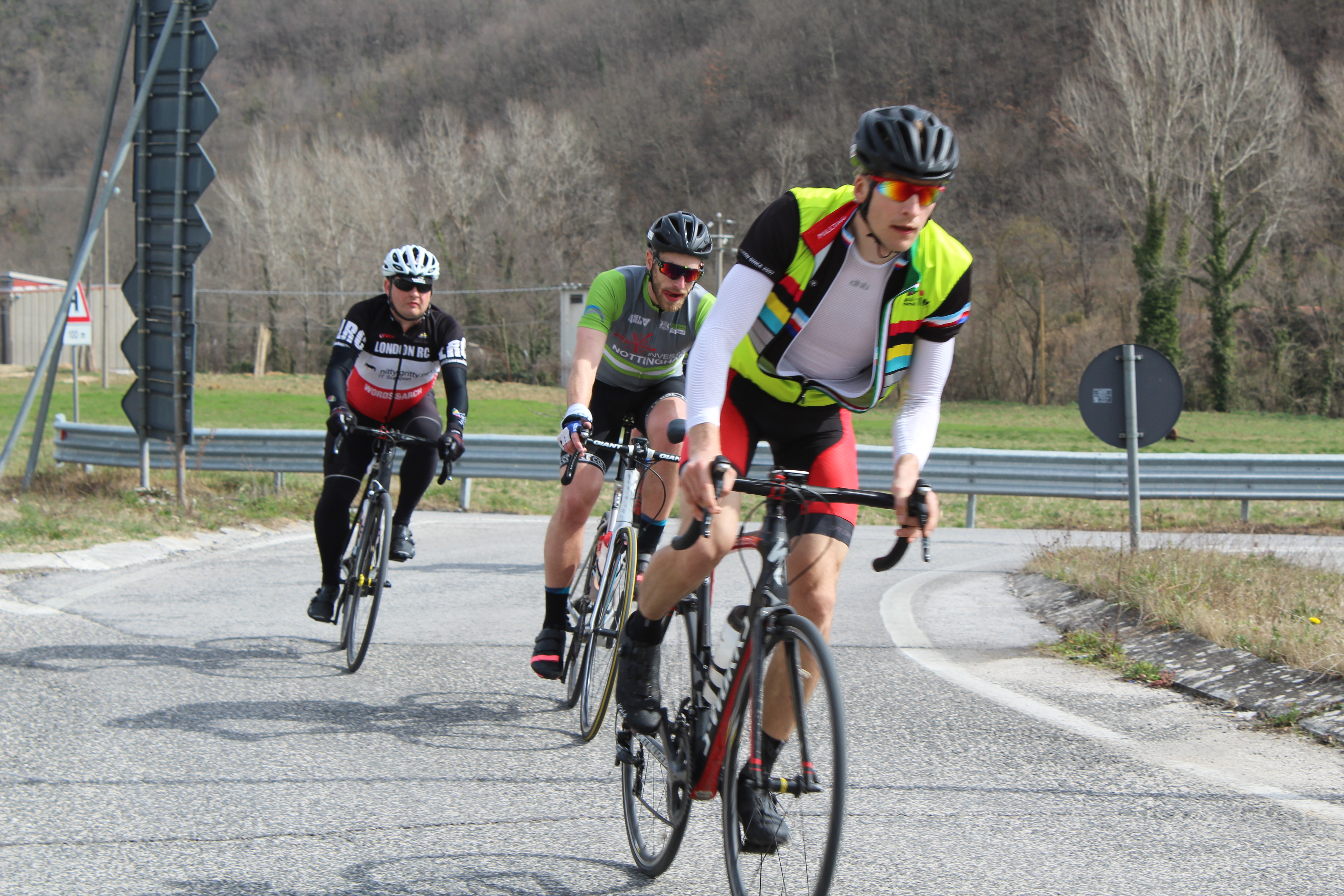