The riders of the Legal & General Real Assets Cycle to MIPIM 2019 gathered this morning at Greenwich Park for the grand depart of the 14th edition. This year sees a third route added to the event, with a small contingent of riders starting this morning from Bari, Italy, to trial a new ride to Cannes.

Amid an atmosphere of nervous anticipation, the riders in London were given a send-off by Coram CEO, Carol Homden, before teams HTA Design, Elliott Wood, Lockton, Vectos, Make Architects and Webb Yates climbed aboard their bikes to head out of London under the watchful eyes of ride captains and support crew.

For the Folkestone route, today was a day of spring sunshine and strong winds. The peloton worked well together out on the road, keeping together as one despite many riders never having ridden in such a big group before. After a pit stop at Brands Hatch, noisy with motorbikes, lunch was a more sedate affair at the Weald of Kent Golf Course, followed by a steady but sedate final 42km through pretty Kent villages, to arrive in Folkestone to wrap up the 110km of the first day. Following a stretching session by Joe of the Roadside Therapy team, sponsored by Signium, there was a little French taste of what’s to come (cheese and wine) from AHMM to make the riders’ journey across to Calais a little bit more enjoyable.

On the Portsmouth route, it was a stop-start but steady ride through the first 50km of the day. Every team and rider were on the road for the first stage. The peloton kept tight together in the spring sunshine, and a quick coffee break at the Surrey Oaks in Parkgate gave the peloton a much-needed burst of energy for the longest stage of the day at 65km. They made their way through the serene countryside in Surrey; familiar territory for those who have been participating in the regular training rides in the run-up to the ride. The heavens opened up briefly about 2km after lunch, and for the final 45km the majority of riders were still out on the road. A rainbow broke through the cloudy skies as the group made its way to Portsmouth for their overnight ferry crossing into Caen.

Meanwhile, after a 4am start yesterday for the flight to Italy, the riders of the Bari route were full of excitement and anticipation this morning. Under warm, dry blue skies, with a prevailing tail wind (for the morning anyway), a cohesive group of pioneers set of for Campobasso. Their first stop was at a  cafe in Barletta, a busy little coastal town on the east coast of Puglia. Sat outside in the sunshine, they had many a local looking at them quizzically – a theme that continued throughout the day!

The riders enjoyed some very Surrey-like road surfaces through to lunch in Foggia. Unfortunately at some point during lunch a vocal creature turned the wind turbines to ‘max’ and the subsequent headwind for stage 3 was hellish! The riders headed straight into it for far too long before a 22-km climb was added to the mix. It wasn’t the best of recipes, but certainly one that the group took on in a Bake Off Challenge-style way, before finding their way to a hidden gem of a cafe in San Marco La Catola, where the locals where astonished that they’d been able to find the cafe, let alone the village!

A short but punchy 35 km stage took Day 1 to its end in Campobasso, the capital of the second region on the Italian Route’s journey north, having lefty Puglia and headed into Molize. They finished with a group stretching session led by Roadside Therapy’s Tierney, should put everyone in great shape for Day 2, and if it wasn’t the stretching, it will be the six-course locally-grown freshly-cooked meal served at Trattoria La Grotte in Campobasso, and perhaps a little local Vino Rosso, that will see them right!

A great first day by all the riders, and a much longer day for all to look forward to tomorrow. 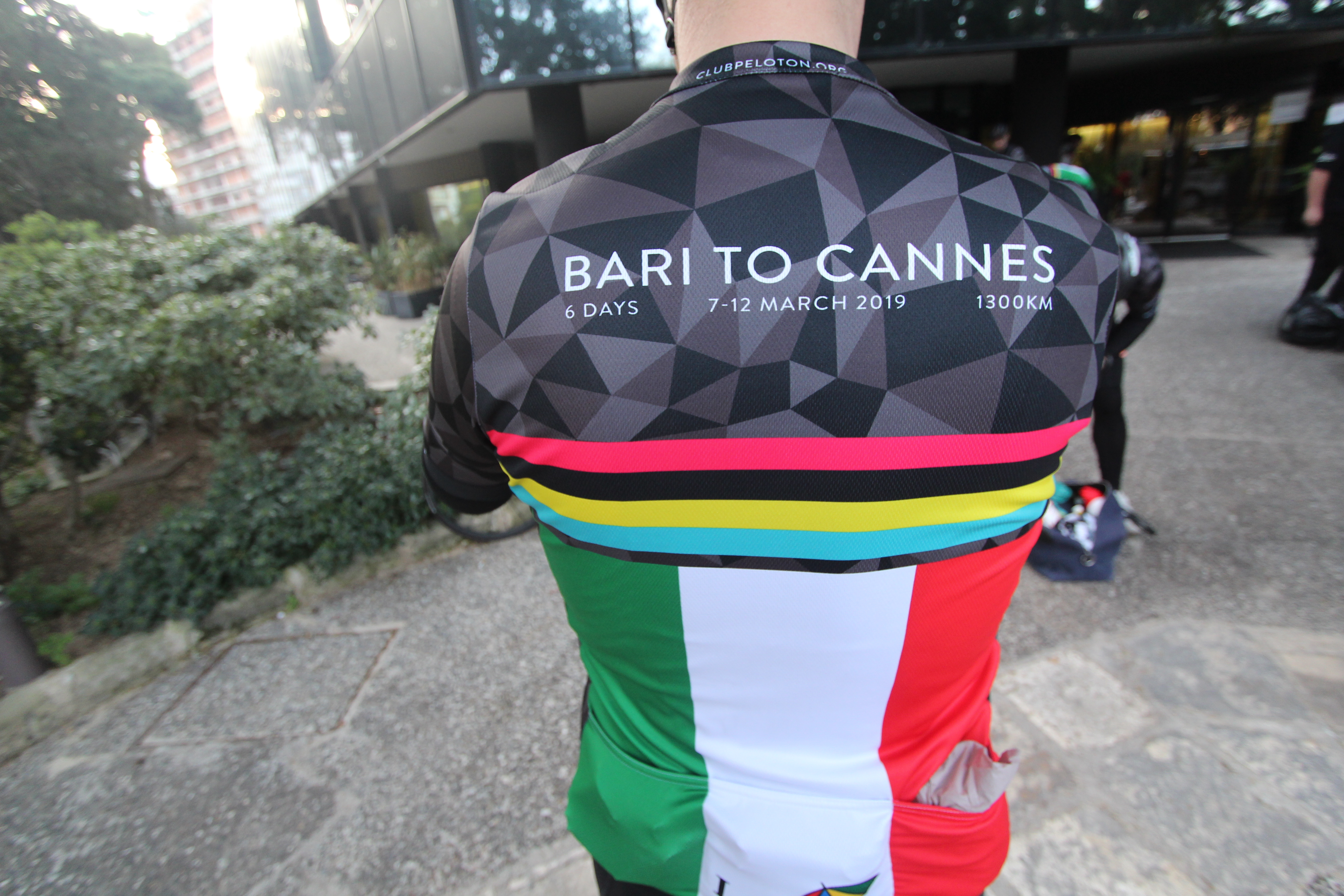 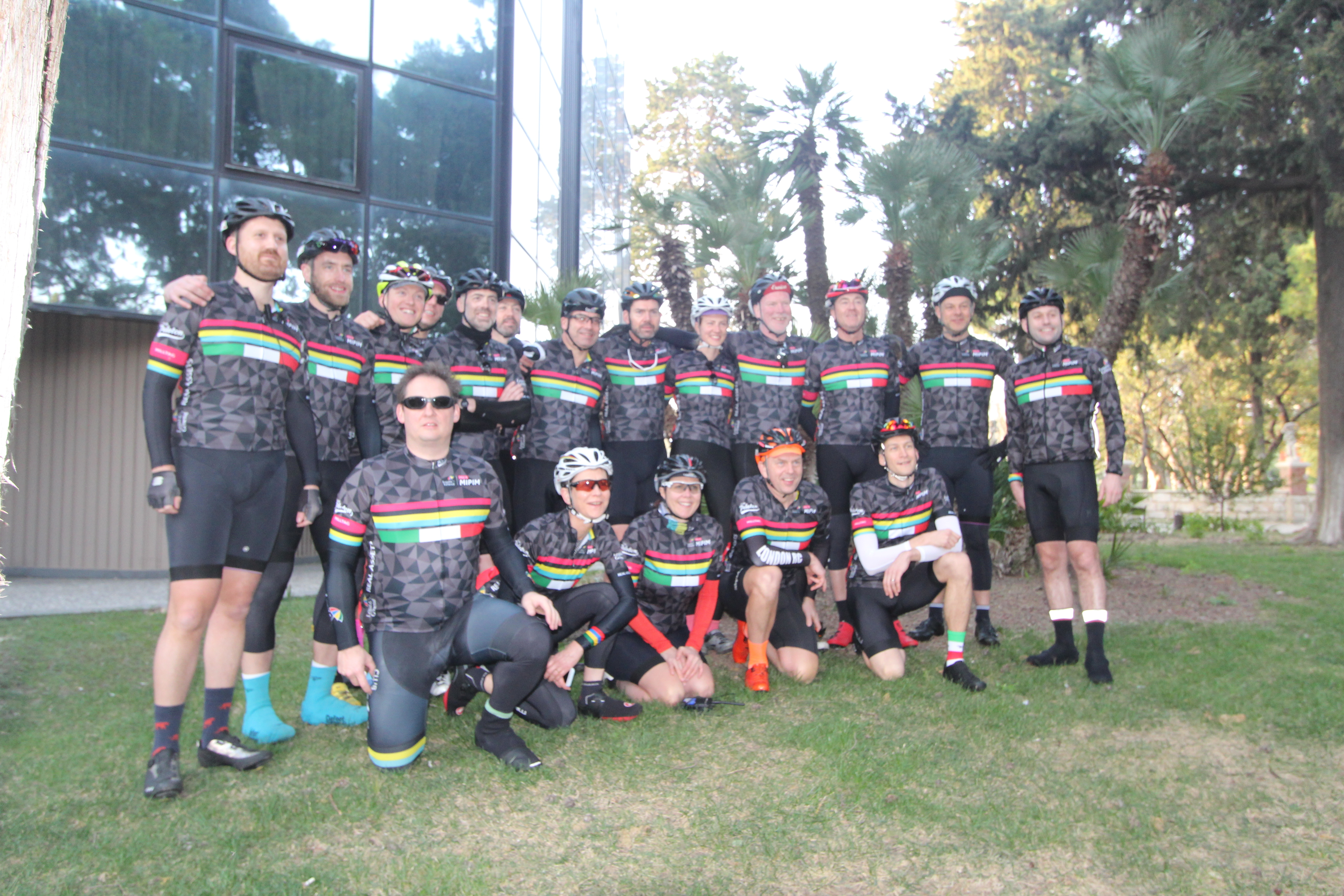 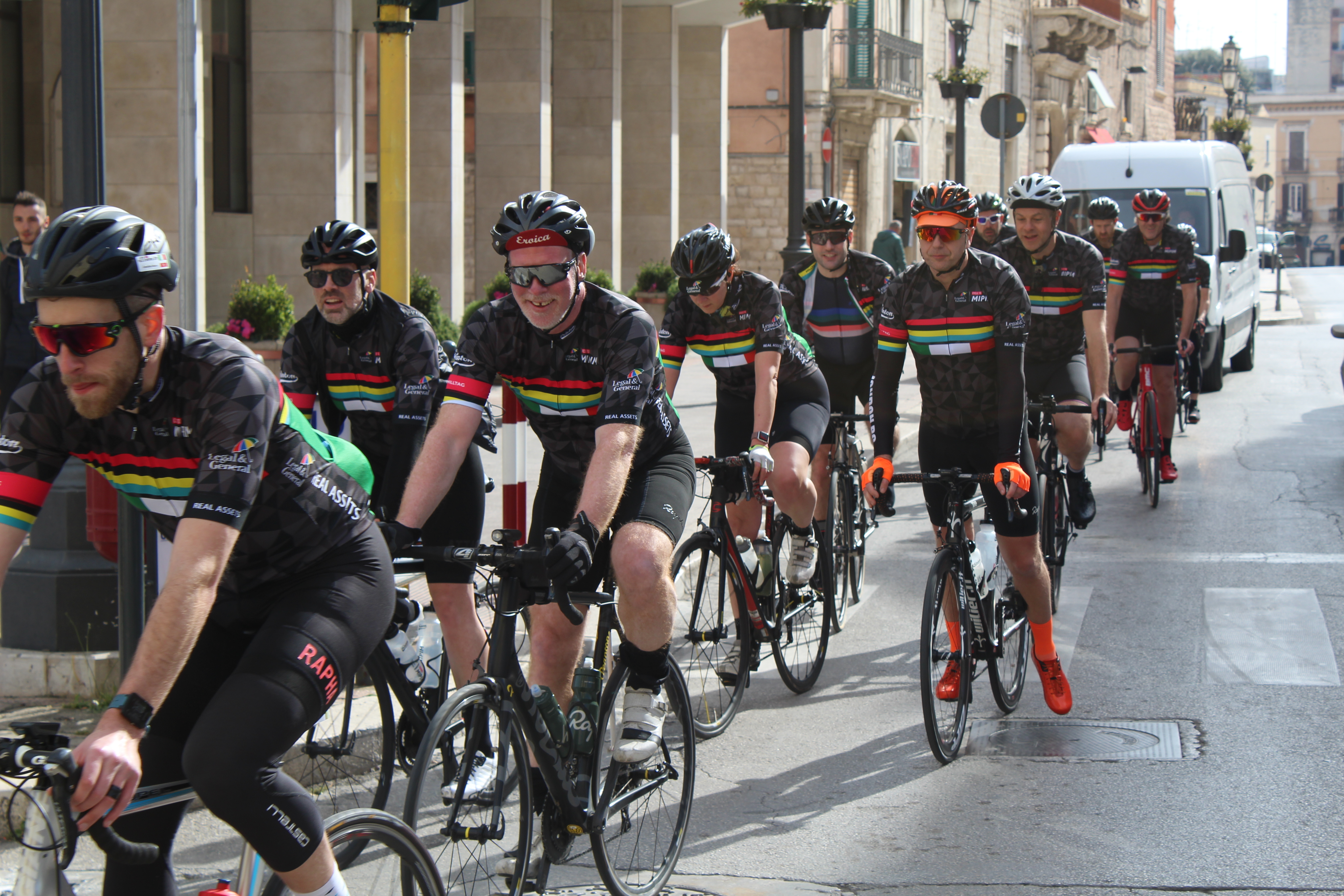